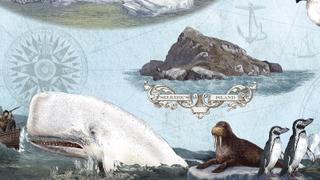 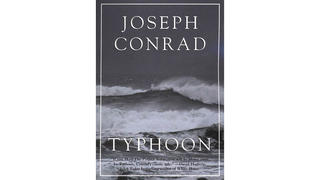 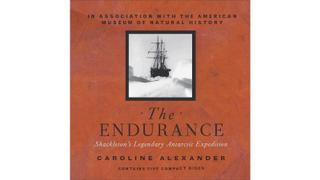 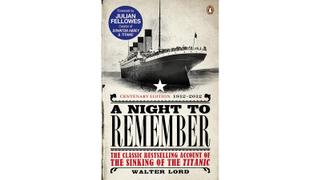 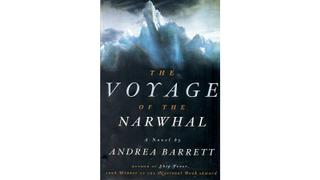 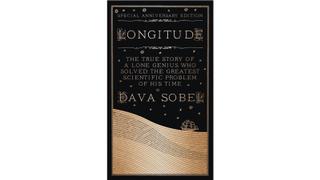 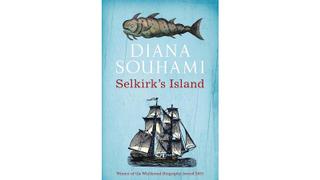 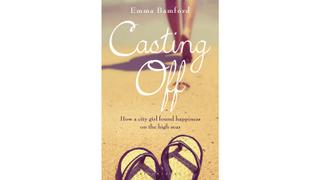 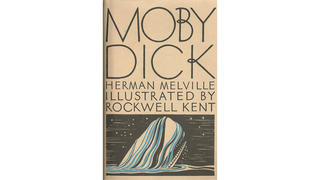 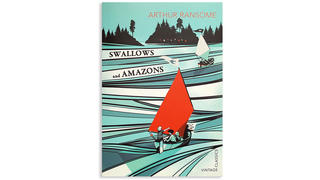 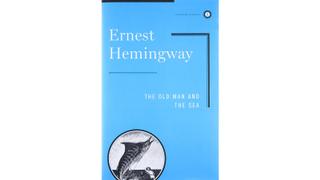 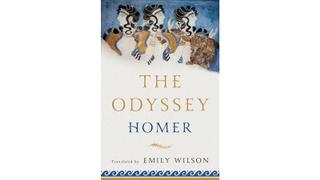 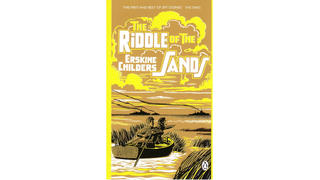 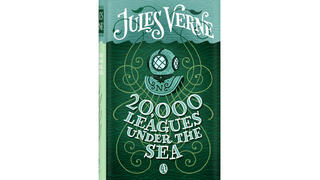 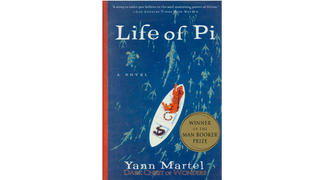 Get lost at sea: Classic sailing stories to read on board

What better way to accompany your explorer yacht expedition to the Arctic (or leisurely cruise around the Mediterranean) than the best reads telling tales of great seafaring exploits? From stories of accidental adventures to the capers of famous fictional explorers, we’ve rounded up the best sailing novels to pack for your next superyacht vacation.

This novella, first published in 1902 and still in print, is best read while safely tied up alongside or in some snug anchorage – the description of the tropical storm in the title is unnervingly real. Conrad is thought to have ridden out a cyclone aboard the steamer John P Best and drawn on his own experiences for the story.

The Endurance by Caroline Alexander (1998)

It’s strange to think that there was a time when the name of Ernest Henry Shackleton was hardly known outside the world of polar historians; his fame was eclipsed by that of Captain Scott, who perished in 1912 in his attempt to conquer the South Pole. But in the later years of the 20th century, Shackleton’s charisma, leadership and sheer knack for survival have restored his reputation. In 1914 he set off to cross the Antarctic continent, but his ship, Endurance, was crushed and sunk by the pack ice of the Weddell Sea. The rescue of his men involved an extraordinary journey of 800 miles across the South Atlantic in the tiny lifeboat James Caird. Alexander tells the story with gusto, her book marvellously enriched by expedition photographer Frank Hurley’s images: their survival as extraordinary as that of the men, and of the tale itself.

A story to make all sailors shudder, to be sure. But the tale of the maiden and final voyage of RMS Titanic is one of heroism as well as horror, and although it has been told and told again in the hundred years and more since that fateful night in the freezing North Atlantic, no one has done it better than Lord. This is the classic account, published when the disaster was still within living memory, and Lord – a hardworking popular historian from Baltimore – was able to speak to many who had survived the sinking of the White Star Line’s grandest ship. Even its chapter titles (“There Is Your Beautiful Nightdress Gone”) will raise the hairs on the back of your neck; Lord’s narrative drive has as much power as the Titanic’s great engines.

The Voyage of the Narwhal by Andrea Barrett (1998)

In 1845 Sir John Franklin set off on an expedition to find the elusive Northwest Passage, the fabled sea route to the Pacific through the frozen Arctic Ocean. His ships, Erebus and Terror, were lost; Franklin and his men seemingly vanished into thin air. In Barrett’s novel, naturalist Erasmus Darwin Wells sails from Philadelphia in 1855 aboard the Narwhal with the aim of discovering Franklin’s fate. This is a gripping novel that recreates the atmosphere aboard a 19th century ship venturing into the unknown with chilling accuracy – but Barrett is as sensitive to human dynamics as she is to the natural world. The author has the ability to marry deep research and a real understanding of history with the seemingly effortless skill of the true storyteller.

Climb up the hill from the Thames at Greenwich to reach London’s Royal Observatory; there you will find John Harrison’s marine chronometers. Masterpieces of engineering and gorgeous as works of art, these are the extraordinary devices that brought precision to navigation. But these fabulous instruments were displayed in relative obscurity until American author Dava Sobel made Harrison’s quest to solve the problem of

longitude into this compact, gripping narrative. Harrison was a carpenter by trade and self-taught as a clockmaker; he was the first to make timepieces accurate enough to allow seamen to calculate exactly where they were on the open sea. It is a tale of science and shipwreck, of social class and conflict, and it is one whose wonder never diminishes. Every sailor owes a debt to John Harrison and his clocks – and Sobel tells his story with panache.

Alexander Selkirk, a young Scotsman, ran away to sea at the age of 19 in the very last year of the 17th century; by 1703 he had signed on aboard Cinque Ports, a 16-gun, 90-ton vessel engaged in privateering – not far removed from piracy – in the waters around South America. Following a dispute with the captain, he was put ashore on Juan Fernandez, an uninhabited speck some 400 miles west of Valparaíso in Chile. There he remained utterly alone for four years, until he was found by another vessel; it is said that Daniel Defoe based his creation, Robinson Crusoe, on Selkirk. Souhami’s book is as much the biography of a place as it is the tale of a single man: she conjures beauty and isolation, the harsh wonder of the environment in which Selkirk had to survive. A rugged, hypnotic read.

Feeling stuck in a rut, London journalist Emma Bamford answered an ad on the internet for crew wanted and bought a one-way ticket to Borneo to live on a yacht with a man she’d never met – and his cat. Her first memoir and its sequel, Untie the Lines (2016), tell of her adventures sailing in South East Asia and the Caribbean: meeting wild pygmy elephants in the Borneo jungle, catching a glimpse of indigenous tribesmen in the Andaman islands and running from pirates in the Indian Ocean. The author, until recently moored up at Boat International’s HQ as production editor, includes tales from the other side, charting her experiences working as a deckhand on a 24 metre motor sailer in Italy.

Widely regarded as one of the greatest novels of all time, Herman Melville's 1851 tome tells the tale of Ahab, the captain of a whaler obsessed with getting revenge on a white whale, Moby Dick, which had destroyed his ship on a previous voyage causing him to lose both his legs below the knees. Narrated by a fellow sailor, Ishmael, the novel is notable for its accurate portrayal of whale hunting techniques while issues as diverse as class, race, status, religion and good and evil are explored through the whaler's diverse crew. While the book was initially a commercial flop, selling just 3,200 copies during Melville's lifetime, it was saved from obscurity by a 1920's reprint and has gone on to be adapted dozens of times for stage, screen and radio. Naxos AudioBooks’ unabridged version, read by the brilliant William Hootkins, is a revelation. It’s like sitting down in a New Bedford tavern with the author himself. You may find yourself agreeing with the 1851 review published in John Bull: “It is not a mere tale of adventures, but a whole philosophy of life, that it unfolds.”

Swallows and Amazons by Arthur Ransome (1930)

If you’ve chosen a family-friendly charter yacht for your next vacation then get your children’s imaginations racing with the charming classic Swallows and Amazons. Set in the English Lake District in 1929, it tells the tale of five children from two families who join forces to defeat the treacherous Captain Flint with the help of their dinghies Swallow and Amazon. With a strong message of friendship, bravery - and the importance of remembering the dangers of the sea - this is a must for any ocean-going youngster

The Old Man and the Sea by Ernest Hemingway (1952)

Hemingway’s last major work of fiction was also one of his greatest, winning the famed author both a Nobel and Pullitzer Prize. One for those with a passion for sportsfish yachts, The Old Man and the Sea tells the tale of an ageing Cuban fisherman, Santiago, battling to catch a huge marlin off the Gulf Coast of Florida. Hemingway uses Santiago’s three day struggle across the ocean as a metaphor for the futility of life creating a novel with a moving, melancholic and surprisingly uplifting message.

The Odyssey by Homer, translated by Emily Wilson (2017)

Heading off on a round-the-world adventure? Use those long ocean crossings to tackle Homer’s epic The Odyssey. The famous poem - the second oldest piece of literature in the Western world - is the original sea-faring feat with the hero, Odysseus, coming up against sirens, the six-headed sea monster Scylla and the god Poseidon in his decade-long effort to return to his wife and child. If anything will make you appreciate the luxury of your owner’s cabin it's this. Emily Wilson is the first woman to translate The Odyssey into English, and her fine, plain language makes this ancient and compelling story hum with new life. “Tell me about a complicated man,” is her very first line, a translation both true to the poem’s original text and at the same time perfectly modern. Surely there is no single word that better encapsulates The Odyssey’s hero than “complicated”.

The Riddle of the Sands by Erskine Childers (1903)

James Bond meets Rider Haggard-style escapades in Erskine Childers’ spy classic. When British Foreign Office official Carruthers joins his acquaintance Davies for a yachting holiday on the Baltic Sea he expects a leisurely sunshine cruise. Instead he finds himself quickly learning to sail a much smaller boat than anticipated before discovering the invitation was a ruse to get him to help Davies investigate suspicious goings on by the Germans in the Frisian Islands. A fast-paced thriller that will have you yearning for a chase in one of the world’s fastest tenders.

Twenty Thousand Leagues Under the Sea by Jules Verne (1870)

Just invested in one of the best superyacht submarines? Let your imagination run away with you with Jules Verne’s underwater epic Twenty Thousand Leagues Under the Sea. The novel is most notable for Verne’s remarkable description of Captain Nemo’s Nautilus which accurately predicted features of modern submarines - vessels that were still decades away from being invented when the book was published in 1870. If that’s not enough, a coterie of sea monsters, giant whales and octopus attacks should be enough to convince any fan of daring ocean exploits.

The most modern book in our round-up, Yann Martel’s Man Booker Prize winning fantasy novel tells the story of Piscine Molitor ‘Pi’ Patel. After his boat is shipwrecked in the Pacific Ocean, Pi survives 227 days stranded in a lifeboat with Richard Parker - a Bengal tiger. Having sold over 10 million copies worldwide, Life of Pi reached even greater heights of fame in 2012 when it was adapted into an Oscar-winning feature film directed by Ang Lee.

Book club: The coffee table books every superyacht should have

The finest art patronage schemes around the world