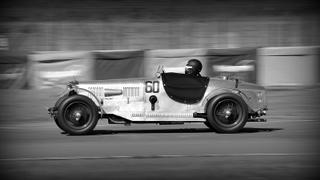 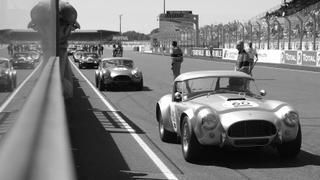 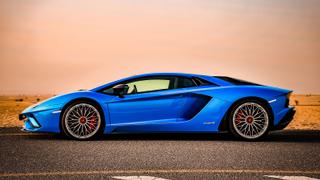 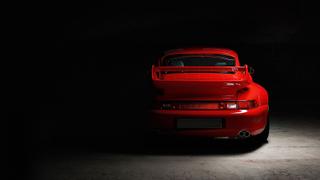 Luxury is the thing we covet, and the thing that comforts us, but the deepest luxury of all is to experience the feelings that make our hearts beat faster. For me, that has always been speed. “Scream if you want to go faster” was one of the most exciting phrases of my childhood: the traditional chant of the waltzer controller willing us to shriek as we were sped and spun at an increasingly greater pace around and around until our heads whirled in delight and maybe a little nausea. From a young age, the fairground fired all of my sensations of speed: from loss of control on the roller coaster to avoiding contact on the dodgems until I could reach terminal velocity. Through the fog of nostalgic memories, this stands out as the very essence of carefree enjoyment and in a way the ultimate luxury I seek now as an adult.

For many people, speed is most readily experienced through cars. Since their invention, man has been able to experience hurtling across the ground at a pace previously unknown. As Aldous Huxley wrote: “Speed, it seems to me, provides the one genuine modern pleasure.” Enda Duffy, in The Speed Handbook: Velocity, Pleasure, Modernism, goes further, suggesting that speed through cars and other modern mechanical transport changed the human experience and made us hateful of, or at least averse to, slowness.

That modern pleasure has to be earned and approved via a driving test, but for early-teen petrol heads, unable to legally drive, the allure of what is to come can feel unbearable. The promise of speed usually comes through the various facts and figures that are available instead. Who can forget the bible that was, and still is, Top Trumps, with its data breakdown of all the best new cars in easily digestible playing card form? The statistics were so important, so incredible, every number took on mythical status, such was its power. The Lamborghini Countach can go how fast? 288km/h – wow, that’s amazing! It seemed through the 1970s and 80s that the very essence of a car’s reputation and worth rested on these figures. If a car could beat another car to 100km/h by 0.1 seconds it was, by definition, a better car.

These days the statistics are less important and we tend to judge cars on a broader range of factors and less on acceleration, top speed and horsepower numbers, yet we are still dazzled by some of the standout cars through the ages that smash the record book such as the mythical McLaren F1 and the current king, the Bugatti Chiron. The top-speed figures of these cars have the same jaw-dropping quality of Usain Bolt blasting apart the 100-metre world record for any committed speed freak, and further galvanise the cult of the supercar as the peak of automotive achievement.

For many, that top speed is never to be experienced and for the 17-year-old itching to drive, even the promise of relative speed in any old car is palpable. “Failing my driving test first time; that was a disappointment on a geological scale,” remembers Richard Hammond. Once licensed and approved you are quite literally on the road and there is no looking back – you are hooked. Once in the blood, speed is a hard craving to shake off. Maybe, as with all the best feelings in life, it’s a distraction from the mundane monotony of daily life or “Faster, faster, faster, until the thrill of speed overcomes the fear of death,” as Hunter S Thompson put it.

This seemingly irrational desire to put one’s self in potential danger has some reliable science to back it up. The 2009 study by the journal Organizational Behavior and Human Decision Processes found that men driving fast cars have elevated testosterone compared to those in more sedate run-of-the-mill cars. The research points towards the fact that, as well as showing off, they were driving to make themselves feel better. Biologically, our blood pressure and heart rate shoot up and we get a big adrenaline dump, as well as the heightened production of a host of feel-good chemicals such as dopamine when we speed – so I suppose you could argue that going fast is good for you. Rudolf Caracciola, one of the greatest drivers of the 20th century, put it simply: “When speed gets in the blood, one must drive to live.”

In England, there is even a carnival curated to celebrate the cult of going faster. The Goodwood Festival of Speed – held once a year in Chichester – came from the mind of the Duke of Richmond, whose initial idea was to get a few like-minded motor enthusiasts together for a bit of a gathering. This annual bacchanal is now a 25-year-old event and still growing in size and reputation. A huge rolling homage to the thrill of speed attended by 150,000 people.

The culmination of the Festival of Speed is the hairy-chested hill climb shoot out where cars compete to set the fastest time. This year something peculiar happened. The first- and second-placed cars were electrically powered. Not an internal combustion engine in sight or sound as these surgical, silent stealth weapons flew up the hill and stole the glory. I felt confused. On the one hand, I was undeniably saddened that some milestone had been reached and we may have seen the end of the line for the fuel burners that have been a lifelong passion of mine. Yet on a more uplifting note, the electric revolution I had originally feared had somehow found a way to get the pulse racing. The electric future, initially bland and a little self-righteous, had found, quite literally, a turn of speed and subsequently a way into my heart. Maybe it was the same feeling our equine-loving ancestors felt as they saw the first horseless carriages roaring down the road.

6 of the best bulletproof cars