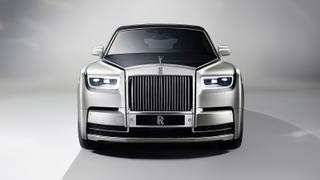 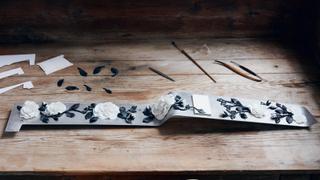 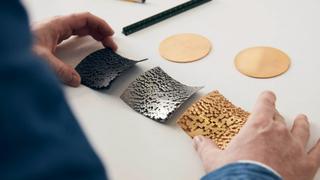 The fact that Rolls-Royce sets up a summer studio at Porto Cervo shows that the celebrated marque’s management has its finger well and truly on the boating pulse. More than a few superyacht owners will already have written cheques for Rolls-Royce’s new flagship, production of which is now under way in the UK with first deliveries having taken place this January.

The latest Phantom is the eighth iteration of the celebrated model that first appeared in 1925, making it the longest running nameplate in automotive history. The previous version, now known as the Phantom VII, was launched in January 2003 and, while still the leader in a class of one, was showing its age with its BMW-based underpinnings and overly old-school interior.

The P7’s replacement, however, is the most up-to-date “premium luxury” car on the market with its aluminium space frame chassis, four-wheel steering, 6mm double-glazed windows and doors that close at the touch of a button.

Under its enormous bonnet (the car itself measures a tender-like 5.9 metres in length) whispers 6.6 litres of twin-turbocharged V12 that puts out 563hp and a staggering 900Nm of torque, making for progress that isn’t just effortless, it’s downright insouciant.

Throw in 130kg of sound-deadening material, specially made Continental tyres filled with foam to neutralise road noise, and an interior that almost entirely insulates occupants from the outside world and you have, quite simply, a limo that lives up to Rolls-Royce’s long-standing claim to make “the best cars in the world”.

The new Phantom has a base price of £360,000, although the marque’s sky’s-the-limit personalisation service (that the large majority of buyers take advantage of) means most cars will leave the factory in Goodwood, West Sussex, at around £1 million.

Part of that will be accounted for by the unique feature of the Phantom’s sleek new interior called the Gallery, a length of toughened glass that houses the instruments and extends across the dashboard to create a showcase for a bespoke work of art. Examples already commissioned feature oil paintings, a gold-plated DNA map and stems of porcelain roses, but “patrons” may have virtually anything they desire. You could even ask for a 3D model of your superyacht resting peacefully at anchor in Porto Cervo.

The Rolls-Royce of luxury: In conversation with Torsten Müller-Ötvös, CEO of Rolls-Royce

Well-oiled machines: The enduring link between cars and watches

Hyper active: The new models storming into the hypercar market this year