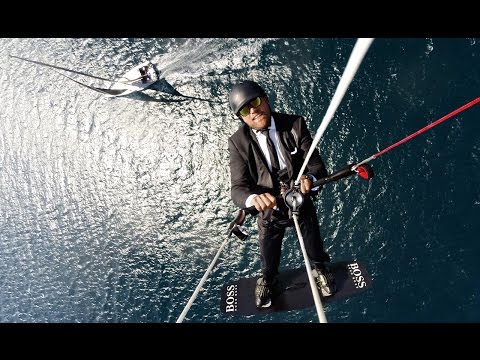 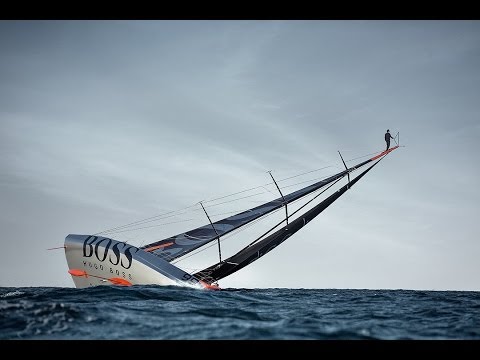 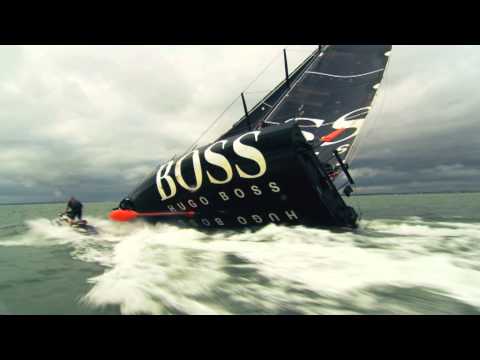 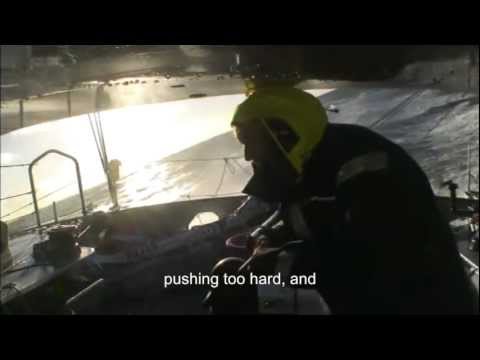 As if being the youngest ever skipper to win the Clipper Race, a round-the-world solo sailor and the holder of the world record for 24-hour speed sailing in a solo mono-hull wasn’t enough, British sailor Alex Thomson is also something of a daredevil.

As with any good sailor, Thomson sees his IMOCA 60 sailing yacht as much more than the sum of its parts – it’s just that sometime these parts can be the inspiration for some seriously impressive stunts. Here are some of our favourites…

For his most recent stunt, which was unveiled to the world in March 2016, Thomson combined his love of sailing and kite surfing to perform the death-defying Skywalk. For the stunt Thomson chased his Hugo Boss sailing yacht upwind on a kiteboard before attaching himself to the top of the mast with a rope.

Using the speed of the yacht, Thomson then propelled himself 280ft into the air flying high over the boat before detaching himself, descending gracefully and executing an impressive landing back on the ocean. Thomson did all of this, of course, in impeccable style and a sleek Hugo Boss suit.

Being sponsored by Hugo Boss, Thomson is no stranger to a fine suit and, indeed, he even invited fellow Boss ambassador Oliver Cheshire on board for the Artemis Challenge during Cowes Week. Of course, if you’re going to perform a dangerous stunt that will be be watched by millions, you want to look your best, so in 2014 Thomson donned a finely tailored Hugo Boss suit to walk the mast of his sailing yacht.

As the amazing video above shows, not only did Thomson eschew ropes and harnesses to climb the 30 metre mast, but he did it while the yacht was moving at speed and tilted at a precarious 45 degree angle. The only way to properly end such a feat was to dive straight into the sea below.

As this film demonstrates, risky stunts rarely go perfectly the first time round. In 2012, Thomson attempted to walk the keel of his sailing yacht. This complex manoeuvre required him to climb from a Jet Ski onto the keel of a moving yacht sailing at an almost 90 degree angle to the water.

While climbing onto the keel amazingly seems to be no problem for Thomson, staying in place is clearly far more of an issue. With the yacht moving at a rapid pace, if the keel so much as touches the water the momentum is enough to send Thomson falling into the sea below. This combined with the extraordinary angle of the boat means that, in one particularly nail-biting moment, the yacht almost seems to come down on top of him.

Thanks to their great experience and skill, Thomson and his team do eventually prevail and the sailor rides the keel just long enough for some amazing photographs and a very triumphant dive.

Giving an interview at 25 knots

In January 2013, Alex Thomson became the third Briton in history to finish on the Vendee Globe podium after completing the course in 80 days, 19 hours and 23 minutes. Completing a 27,600-mile round-the-world solo race is quite the feat for anyone but, being the extremist he is, Thomson was also sure to keep fans up-to-date with regular video diaries from the racecourse.

The most memorable of these was filmed at around day 25 in early December. Shot at dawn, Alex Thomson was clearly exhausted from a night in which he was forced to constantly battle winds of up to 38 knots. Yet he simultaneously controls the fast-moving yacht while giving a frank insight into life on board.

“It’s been a stressful day and I haven’t been able to cook anything,” Thomson explains. “I can hardly stand up, I’m surviving on energy bars and peanuts. Even though I enjoy going fast, it’s a little too stressful really.” It might not be a mast walk but we think this sort of commitment deserves a round of applause.