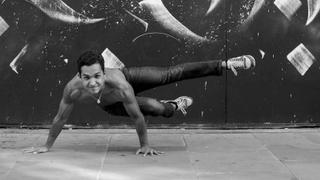 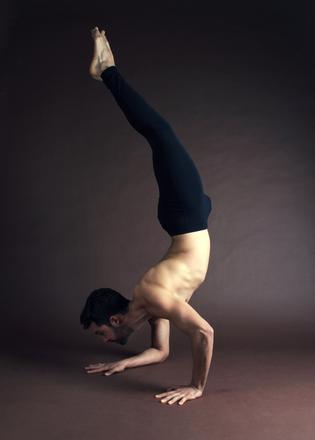 Workout of the week: The DeRose Method at Ady Centre

Our new workout of the week series delves into the newest fitness trends, classes and technologies and explores the latest wellness movements to help you get ship shape for your next superyacht vacation. This week Zoe Dickens tries out the DeRose Method at Ady Centre, London.

The basics: Looking for a yoga-style sport you can do on your yacht but want something a little more well-rounded than taking part in a class for an hour per week? Founded in Brazil in 1960 by Luiz DeRose, the DeRose Method is an all-encompassing philosophy which aims to improve mental and emotional wellbeing as well as physical fitness.

What they say: “Our powerful techniques have the immediate effect of a dramatic increase to your energy levels, a sharpening of the sense and concentration and a rapid and tangible improvement of your overall state of health and wellbeing. This allows you to enjoy a greater productivity and a better quality of life in all spheres of your personal world; at work, at home and at play.

However, these benefits are mere side effects of a much greater objective of our philosophy; the discovery of higher states of consciousness, the awakening of an immense inner power and realisation of profound self-knowledge.”

What’s it like: Having regularly attended a yoga class as part of my normal fitness routine, I consider myself generally quite flexible and able at yoga-type activities. Until, and I think we can all see where this is going, I tried the DeRose Method.

Held in an intimate studio in Soho, London, the class began with an unusual breathing technique which involved rapidly breathing in and out through your nose. Within seconds I was informed that I was breathing wrong (who knew?). My stomach was going in when it should be going out and vice versa. I must use my diaphragm more and, after several minutes of demonstration from instructor Paulo Pacifici, I finally got the hang of it and could really feel the difference.

We then moved on to a series of stretches, poses and balances each of which began fairly easy but quickly escalated to advanced positions far beyond anything I’d attempted in previous yoga classes and, while they were challenging, this part of the class was hugely enjoyable. Classes are kept deliberately small to allow teachers to provide each student with adequate attention which was both brilliant when I was struggling with a pose but equally embarrassing when I lost my balance and fell flat on my face in front of the entire class.

That said, it was great fun and the sense of pride at successfully managing a tricky balance is immense. Paulo and the more advanced students couldn’t have been more encouraging. The DeRose Method has a legion of celebrity fans, including model Tatiana Kovylina, actress Cinzia Mascoli and Renault race driver Roy Geerts, and inspires huge loyalty among its students and it’s not hard to see why. Along with their long, lithe limbs, if my own experience is anything to go by, at the end of each class they are rewarded with a feeling of great calmness, invigoration and energy as well as a brilliant night’s sleep. What’s not to love?

Workout of the week: A weekend of yoga with Pure Balance Retreats

Workout of the week: EMS training at E-Pulsive

Workout of the week: The Wellness Collective at Sunborn London