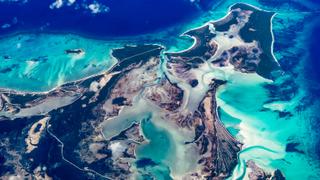 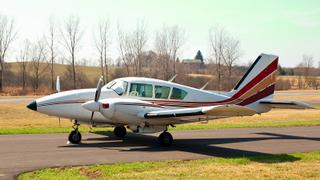 Darling on deck: Kristin Ducote on the trials of yachting in remote destinations

When the only way out of the Bahamas is on an old plane, Kristin Ducote discovers she’s worth more than a load of fresh fish...

With my favourite possessions slung over my shoulder in a garbage bag, I hopped from one bare foot to the other across a deserted sand beach as hot as a frying pan. And I realised: the yacht life is not always so glamorous!

This trip, my husband, Chapman, and I were exploring the southernmost Bahamas in a 33.5 metre Lyman-Morse. Although our return to real life was overdue, we decided to push south one final day to Acklins Island and dive its famous wall before calling in a private charter to its tiny landing strip and heading home.

After a series of sat-phone calls, we found an available Aztec prop plane and Chapman convinced the pilot there was enough runway on Acklins for him to pick us up. The aviation books are not always accurate on the lengths of these remote landing strips and several pilots refused outright. But this pilot was game and an Aztec sounded like a tough little plane, right? No one told me it went into commission when Nixon was still president.

During breakfast on the aft deck the next morning, we saw our plucky little Aztec buzz the island a few times like an insect and finally descend into the scrub brush. Time to roll! Unfortunately, the water around Acklins was too shallow for the tender to reach the beach. So we had to dump our luggage into garbage bags to stay dry and pack them onto two jet skis. And since Chapman was unwilling to leave behind his hard-won trove of speared fish, we strapped an extra-large Yeti cooler to an inner tube and towed it behind us.

By the time we made it to the far side of the white-hot beach, we realised the island not only lacked a marina, it didn’t have a taxi either. Chapman was exhausted from dragging his behemoth ice chest through the sand, and we were getting desperate for a ride to the landing strip.

Finally we found a police station and, with the help of a crisp Benjamin, convinced an officer to drive us the rest of the way. We hoisted the ice chest into the back of his beat up police truck and sped across bumpy broken roads before skidding to a stop at a crumbling strip of asphalt. At the other end sat a teeny prop plane and our pilot, crowned with crazy white hair that stuck out like he’d just received an electric shock.

“You better get rid of some weight or we’ll never get off the ground,” the pilot said, as Chapman struggled with the ice chest. “You can take your cooler or your wife. Your choice.”

Chapman paused to consider, while the pilot motioned toward the end of the runway that ended abruptly in a salt marsh. “This is the smallest runway I’ve seen

and I’ve been flying this plane for thirty-five years.”

“Exactly how old is this thing?”

You better get rid of some weight or we’ll never get off the ground... you can take your cooler or your wife. Your choice.

After a moment of mourning, Chapman relinquished his cooler of perfect fresh fillets (the island ate well that night!) and we loaded our garbage bags into the tin can death trap. Using every inch of runway and a few feet of grass, the pilot pulled up just in time. My stomach dropped like a Danforth anchor and our landing gear skimmed the boggy water, but we were airborne.

The island runways of the Bahamas and Caribbean are not for nervous flyers. But if you have a heart for remote locations and you don’t have the luxury of time, you’ll have to charter tiny planes and drop into some pretty hairy places. Just remember to pack light!

Darling on deck: Kristin Ducote on why spearfishing is the ideal yachting gift