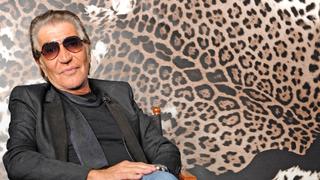 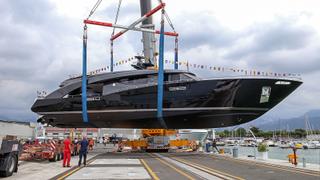 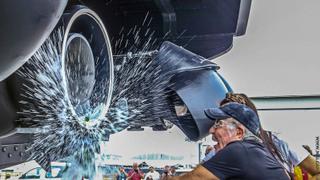 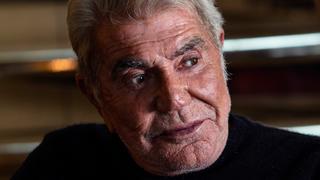 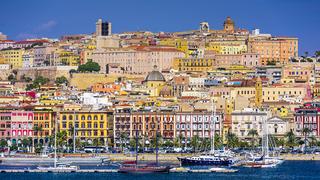 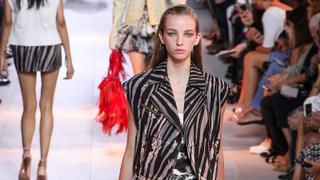 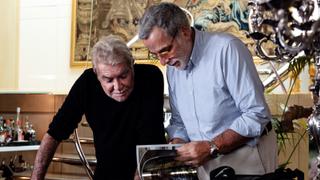 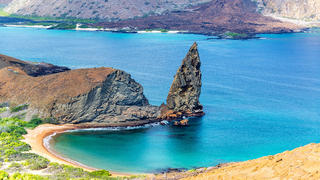 Roberto Cavalli has designed a private boat to succeed his party yacht. Cécile Gauert meets a man of contradictions – and free-floating style...

Sometime in July, Roberto Cavalli, the ever-colourful fashion designer, went dark, depriving his 450,000 Instagram followers of his usual photo posts – beautiful women wearing Cavalli, the animals that inspire him, his helicopter, motorcycles and cars – and instead posted a simple black square. The tease left some puzzled and others, more in the know, enthusiastic. “I know you have new pictures of Freedom! Please share so I may drool onto my screen,” said one. The big news in Cavalli’s life this summer is a new black boat inspired by Batman.

Rewind to May to when I meet Cavalli at his home in Florence with his partner Sandra Nilsson and friend, fellow Florentine and yacht designer Tommaso Spadolini. They are discussing the impending launch of said boat, Freedom Roberto Cavalli, and deciding on the finer points of the interior. At the time the boat is a shapely shell under construction at the CCN shipyard near Carrara in Italy.

Cavalli offers champagne and almonds roasted in his kitchen and the meeting quickly morphs into a lively conversation among friends. Sans his trademark sunglasses, the designer is comfortably dressed in black tracksuit bottoms and jumper, and wears a Nokia watch he uses to track his steps. He speaks in a deep, gravelly voice – a corollary of many years of cigar smoking – while a big hairy dog sleeps by his feet.

The life of this innovator and fashion designer turned multinational brand is fairly well known, as is his fondness for fast, sexy cars and helicopters, but his lifelong love of boating a bit less so. Like most people born on the Italian peninsula, he has always loved the water. Back in the mid-1970s, when he was already a star, his boat was a 12 metre Tiger designed by Paolo Caliari and built at Tecnomarine. “When my children were around seven or eight, I decided to go from Viareggio to Israel, with 15 days of travelling. And I remember I passed through the Corinth Canal, and when I arrived in Cyprus, there was a war at the time,” he says. “It was a wonderful boat. I remember it was going 20, 22 knots, and to me it looked so fast.”

Greece is still one of his favourite destinations, thanks to its vibrant colours and stark white villages, “although as an Italian I should say my favourite place to go is Sardinia”, he says. The Cavalli empire opened Cavalli Porto Cervo there last year, a fashionable restaurant and club that serves Cavalli-branded wine and vodka.“I keep my boat in Porto Rotondo and we arrive by helicopter. The colour of the water is unbelievable. It’s like the Caribbean.”

The small island of Cavallo, between Sardinia and Corsica, where one of his five children has bought a house, also holds a special place in his heart. “If you want to know where the most beautiful sea is, that is where. It’s rocky and windy and hard to live there. But because of the strong wind, the water is very clean. There is one small hotel, and many fantastic private villas.”

That’s where he will be later this season, awaiting delivery of the new 28 metre Freedom Roberto Cavalli. In the meantime, he has enjoyed a supercharged 22 metre Novamarine RIB, which has inspired a few aspects of the new mothership. He loves that it is fast, jet propelled and all black on the outside. “It is very...” he pauses as the name eludes him briefly, “...Batman.”

“Sandra and I love to spend our vacation on the black rubber boat,” he says. “I designed the interior, but I remember a few times I called Tommaso [Spadolini] to ask for some ideas.” This boat just has one large cabin but there is always room for his shepherd dogs, Lupo and Lapo, and a couple of parrots, which they take along.

Cavalli is an animal lover with a special affinity for large, exotic cats. He has said many times that when God made the leopard, he found it so beautiful that he reproduced the same design for a few other animals. “Everybody knows me for my animal prints – leopard and zebra. In this boat, our bedroom is covered in leopard print, including the bathroom,” he says. “Outside we have a white couch,” he pauses briefly for effect, “with leopard print pillows.” He’s taken the RIB from Sardinia to Croatia, a characteristic spur-of-the moment decision. “We decided in five minutes. It was me and Sandra for our first trip on our all-new boat, driving, cleaning. We worked a lot. It was a long trip from Sardinia,” he says.

This sexy, fast boat is now the tender to the new yacht, which he has designed entirely this time with Spadolini. They have known each other since they began collaborating on RC, [now Ability] Cavalli’s former superyacht, nearly 20 years ago. Although created by the same team, these are very different boats with one commonality: they are both unusual and innovative. While RC was colourful and 41 metres, built for a very social life, Freedom, black and nearly half the size, is designed for private family time. RC was built at Baglietto with a wide body seldom seen before – the superstructure stretches across the full beam – but widely reproduced since. That was the solution Spadolini adopted to meet his friend Cavalli’s brief for a boat he could load up with people and use for glamorous parties. It was instantly recognisable on the Riviera with its unusual colour that changed with the light and environment like a chameleon. Camouflage, however, was definitely not the point; RC was part of Cavalli’s personal brand.

“This was really my boat to go to Cannes during the Cannes Film Festival. We had so many parties. My god, so many people,” says the man who claims he went into fashion “for a chance to meet all the beautiful women”. “I remember very well the wife of Prince Albert,” says Cavalli, who attended the prince’s wedding to Charlene Wittstock in July 2011. “Beautiful.” He asks Nilsson to name some of the other party guests: John Travolta, Justin Bieber, Adrien Brody (“a good friend,” he says), Sharon Stone and, “of course, all the supermodels, always”.

The annual Cannes party on Cavalli’s yacht was always a big hit, but in 2015 he decided to sell RC. “It was too much after a while,” he says. What he liked most about the yacht was the design phase. “We really enjoyed designing it with Tommaso, especially towards the end when we decided on the colour,” he says.

When the urge to design something new became irresistible, he called Spadolini, whose studio is in an old church on a hill not far from Cavalli’s estate. As the yacht designer recalls it, the brief was succinct – he wanted “wow”, he wanted speed and he wanted privacy (somewhat contradictory goals).

At the start he wanted just one cabin and already knew the boat had to be painted black. The inspiration was the Dark Avenger; he envisioned a boat Batman would want to have.

From the first sketches, the yacht had unusual and voluptuous lines, but it took many iterations to arrive at where Freedom Roberto Cavalli is today. It’s a bit mysterious and very stealthy, with what looks from a distance like a Cyclops eye in the aft section – the windows that frame a covered aft deck, shielded from wind and prying eyes.

“We worked a minimum of 20 different solutions for the profile,” Spadolini says. One evening late, they were sketching some ideas, and they came up with two arches on the back, framing a large cockpit area. Spadolini took his sketch back to his studio and translated it into a 3D rendering. The arches stayed and they added a very interesting visual element that provides a sheltered outdoor lounge.

The end result is a boat with aggressive lines, low on the water, with plenty of volume despite its limited length, big speed and a nice flybridge (22 square metres). Cavalli intends to drive it himself when he feels like it and a door connects the master cabin on main deck to the wheelhouse. He asked for Kamewa jets (the RIB Freedom is also a jet boat) because speed is very important. He flies his helicopter, often to let off steam or get inspired, and gets a kick out of racing other boats on the water. “I like competition.”

The unusual layout also includes a large galley on the lower deck. “It’s bigger than my bedroom,” Cavalli exclaims, but he loves to cook. He relented on the single cabin idea, so he could have a few very special guests on board. “I have seven grandchildren now and I like to invite them,” he says. It had to be done while keeping the boat a manageable size. “We started at 24 metres, went to 25 metres and now we arrive at 28 metres; it will be too much,” he says, his voice rising to a higher pitch. “The longer it is, the more work it is. I want to enjoy the boat and I don’t want so many people working for me.”

Another aspect of the boat’s interior design is how personal it is. These days, Cavalli’s main vocation, aside from boating, is photography. He’s taken an astounding number of photos all around the world and says he is planning an exhibition. “Six or seven years ago, we decided to buy an airplane, a Challenger 607, and we spent two years going around the world – to the Galápagos, Namibia and South Africa. And everywhere we took photos. One day we flew to Australia to see one exhibition of orchids,’’ he says. He has selected a few images to cover bulkheads and even a ceiling of the new boat.

Whether anyone will get to see the interior – other than the yacht designer, family and friends – is not decided. Cavalli is a man of contradictions; at times open and willing to share anything and everything, at others longing for privacy. A Batman boat, roaring past at 40 knots, is sure to garner attention and it’s hard not to argue that everyone who cares will recognise it instantly; and the name on the transom instantly gives it away.

“Now I live day by day,” Cavalli says, and you never know what tomorrow will bring. Keep an eye on Instagram and watch this space.