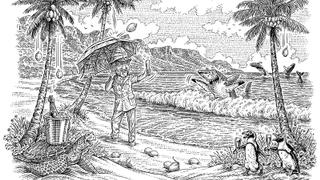 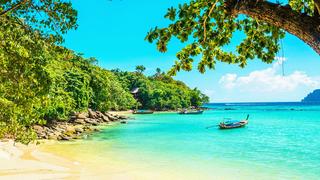 Lippy from the liffey: Eddie Jordan on rare marine life and the elusive Asian yacht market

I was on the water at 7am this morning, watching whales east of Camps Bay down here in South Africa. We went to see their breeding ground with some local experts. I have never seen so many whales – they come here from Antarctica to have their babies and every adult was accompanied by a calf. They’re clearly used to humans spying on them because they come right up alongside the boat. It’s quite amazing. We also saw some African penguins, but they’re in a bad way because they’re predicted to be extinct by 2026. Apparently their nesting grounds are under serious threat. It’s hard to believe they could be gone completely so soon. Of course, we saw some great white sharks. In fact, a boat near us was lowering shark cages into the water and lobbing out chum to get them into a bit of a frenzy. There were a lot around.

Here’s some advice I picked up while circumnavigating: the most dangerous time to swim off your boat is at dawn or sunset, because sharks have very bad eyesight and they can’t quite work out your form and think you’re a fish or a seal. Here’s another titbit: you’re more likely to be killed by a falling coconut than a shark. One of my favourite bands of all time was Kid Creole and the Coconuts and they always used to say, “Look after your coconuts.”

We've recently been talking a lot about China at Oyster. We’ve actually just sold our first boat into Asia. It was interesting for me, too, that the Chinese bought into Sunseeker. They clearly see the potential there, but the market hasn’t really taken off in the way many would have hoped. Traditionally the Asian market isn’t buying huge boats, but things in the range of 15 to 20 metres, since it’s more weekend-type boating and less about long passages. I’m actually quite excited about Japan – I think we’ll start to see some more action there.

The crazy thing is, some of the world’s most fantastic cruising areas are right on the doorstep of these huge economies but they’re totally empty, at least compared to the Med. Indonesia, Thailand, even the South Pacific – it’ll be interesting to see if the marina infrastructure in these places improves over the next 50 years or so. I mean, 50 years ago the Med was not nearly as developed as it is today. I used to spend quite a lot of time in Hong Kong, and I know that place is bursting with boats. Hopefully it’ll spread out soon.

So what’s everyone doing for last few winter months? We always go with the family option, and we’re usually here in South Africa, but we’ve had some great experiences on boats as well. The Caribbean, obviously, really rolls out the red carpet. On one memorable holiday there, we had some specially “spiced” soup, which left everyone feeling very merry indeed. The BVIs are great – you can’t go wrong with Jost Van Dyke and all the craziness that happens there. Thailand is great fun too, as are Australia and New Zealand. I spent one memorable winter season fishing in the Bay of Islands in New Zealand with motorbike legend Mick Doohan and Neville Crichton on Neville’s FeadshipComo _(now _Lady May).

But as fun as that was, I can think of no better way to spend the time than with kids, grandkids, family and loved ones, relaxing on a boat with glorious weather, fresh fish and the sea. But if you’re spending a lot of time on the beach, please remember: watch out for your coconuts.

Lippy from the Liffey: Eddie Jordan's advice for buying a superyacht

Lippy from the Liffey: Eddie Jordan reminisces on a summer well spent