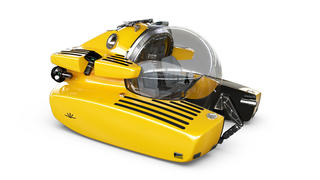 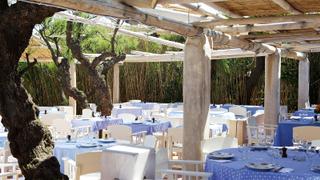 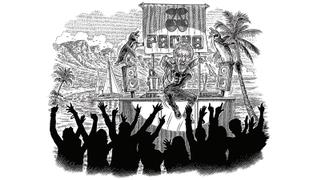 Lippy from the Liffey: Eddie Jordan on superyacht toys and partying in Cape Town

Eddie Jordan may be slowing down after his life in the fast lane, but early nights mean more energy for partying hard in Cape Town and St Barths...

The most amazing toy collection I’ve ever seen was on Paul Allen’s 126 metre yacht Octopus. I went to see it with Bono and The Edge from U2, mainly to check out the recording studio he has on board. He travels with three or four musicians and any time he feels like playing, he heads down to the studio. It’s just phenomenal.

I mention this because it was the first time I ever saw a submarine being carried on a superyacht. It was a big yellow thing and I couldn’t believe what I was seeing. That boat is big enough to carry all this kit but nowadays people are travelling with support boats, which seems like a lot of logistical hassle to me. If I had Blush back or bought a bigger yacht, I’d limit my toy collection to a Hobie Cat, which you can get up to a pretty decent speed.

When I was a kid, it was all about speed: racing Lasers in the Frostbite Series in Dublin Bay, for instance. You got off the water absolutely numb with cold, but it was OK because you knew that when you got your wetsuit off you were going to get a few pints down you. Nowadays, I’m going a bit slower.

From my balcony in Monaco I sometimes see a big powerboat offshore with big Arneson Surface Drives screaming along at 45 or 50 knots. I love the sight from afar, with the huge rooster tail, but would never want to be on that boat. It’s noisy and you have to be inside because it’s too bloody windy. But I suppose it gets you to Le Club 55 in 45 minutes, and maybe that’s the point.

Talking of slowing down, I just got off the Rovos train in South Africa. Marie bought me this trip from Pretoria to Cape Town; it was amazing. It’s a bit like the Orient Express – the cabins, the food, the service; it’s all incredible. The guy who runs it, Rohan Vos, shakes everyone’s hand as they get on in Pretoria and then again when you get off in Cape Town. He must be completely mad – the attention to detail is mind-blowing.

It was a great trip and a good reminder of why I love Africa. I first came here in 1989 with Jean Alesi, who had just won the Formula 3000 championship with Jordan Grand Prix. Flavio Briatore was keen to sign him, and he invited us to his resort in Malindi in Kenya. He had converted this absolutely fabulous colonial dwelling into an amazing fitness centre and high level hotel. If you ever get a chance to go to Malindi, or go on the Rovos train, do it. You’ll quickly fall in love with this place, just like me.

This all sounds like I’m a complete fuddyduddy. It’s not true! I was a bit boring on New Year’s Eve, though. My son chose that day to propose to his girlfriend (she said yes) and we had a little party at the house, but I like to be in bed before midnight. I used to get absolutely twisted on New Year’s Eve, but my preference is to have a big New Year’s Day and I don’t like taking it on with a steaming hangover.

Every 1 January down here, Pacha from Ibiza comes and sets up on the main beach in Cape Town and everyone dances by the water. I went for it 100 per cent; everyone else from the Jordan clan who partied too hard the night before wasn’t quite at full steam.

There was more partying at the St Barths Bucket, of course. We didn't race this year but I was there with my OysterLush. There’s nothing else like it.