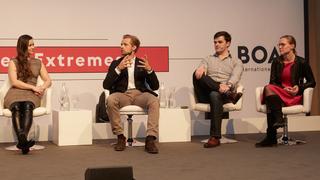 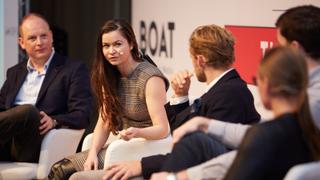 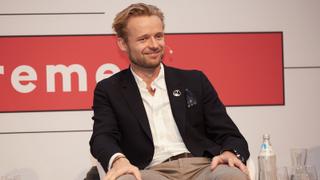 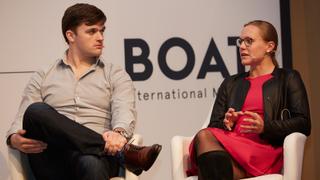 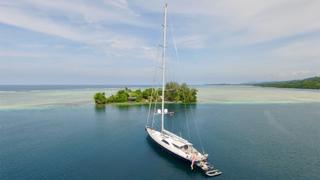 SDS 2018: Millennial superyacht owners explain what they want from the industry

The superyacht industry regularly talks about attracting the next wave of owners, but what does it take to win over the millennial generation? At the 2018 Superyacht Design Symposium, we invited four young owners to explain how builders and brokers can convince their peers that the world of yachting is where they should spend their time and money.

“Technology is increasingly becoming an integral part of luxury,” argues Daisy d’Isernia, whose family owns the 43 metre modern classic schooner Columbia. “It’s time for the yachting industry to take the lead in terms of providing technological advances." She acknowledged that yards have a tough job on their hands, as long lead times mean that it is necessary to anticipate what will be cutting-edge technology in three, four or even five years time.

Alex Gibbs, whose family owns the Sunseeker Predator 115 yacht Elysium, agreed with this point of view, adding, “The problem we’ve had with every yacht is that by the time it is launched the technology is five years behind cars or domestic technology. I’ve complained at length about AV on board — we’re moving towards a streaming future and that needs to be incorporated in the design of a yacht.”

One technological advance that is being rapidly adopted by the yachting industry is that of hybrid propulsion, with Italian yachting giant Sanlorenzo announcing its new E Motion range in the week prior to the Superyacht Design Symposium. For Sebastien Vibe-Petersen, co-owner of the 54 metre sailing yacht Parsifal III, this is vital for attracting younger owners, who are more likely to be concerned with environmental issues.

“Tesla has inspired a generation — you can see it in electric aircraft and yachts will definitely follow in the next ten years,” he predicted. “It’s a lower hanging fruit for sailing yachts if you think of the amount of energy you can generate from your sails. We have a responsibility to make the fuel as clean as possible and the boats as efficient as possible. It’s an issue that’s dear to my heart.”

However, Gibbs argued against this, saying, “I’m very agnostic about hybrid technology. I think it’s a stopgap rather than a solution, because lithium ion batteries are terrible for the environment. I’d love to see a bigger push in all industries towards a better solution.”

One thing that wasn’t up for debate was the need for a cleaner future. As Gibbs put it, “Millennials are more interested in the environment because if we carry on at this rate by the time we’re 90 years old there won’t be much clean air left to breathe.”

Another issue that came up was that of shared ownership — something that is regularly associated with the millennial generation following the widespread success of car sharing and rental property sharing apps.

However, the panel wasn’t convinced that this is the way forward for yachting. Laura Gnotke, whose family owns the 42 metre sailing yacht Bella Ragazza, said, “Shared ownership can be very difficult for property even if it’s among family, and I doubt shared yacht ownership will be any easier. I would rather wait a bit longer to have the boat of my dreams and have it perfectly made.”

Perhaps the biggest issue that could prevent younger clients from getting involved in the industry is one of perception. Our panel was united in the opinion that the superyacht world can often appear to outsiders as a cliquey old boys club, when in fact it is anything but.

“I don’t know why the industry isn’t doing more to reach out to people like us and showing them what it’s really like,” said Gibbs. “The key is to talk about the dream first and the product second. There is a risk that you end up selling your competitor’s product instead, but it’s important to show what the experience is like.”

“We need to be more inclusive. I don’t like how you are viewed once you own a yacht,” added d’Isernia. “We could do a lot to change the public view of superyacht owners. For example, starting more sailing training programmes to engender a passion in the public and get more people involved.”

When assessing the needs of the millennial generation, it can be tempting to make sweeping generalisations, but the diverse panel at the Superyacht Design Symposium showed that there is no silver bullet. Anyone hoping to win over the next wave of yacht owners will have to be alert and responsive to a wide range of needs, tastes and opinions.