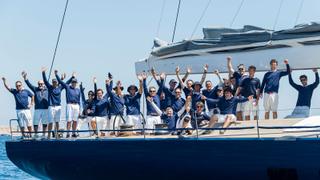 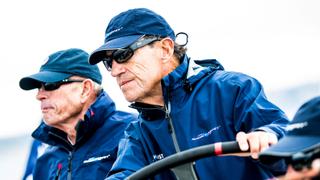 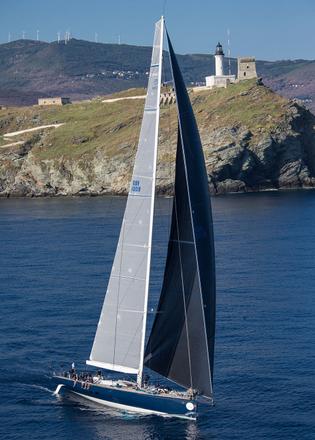 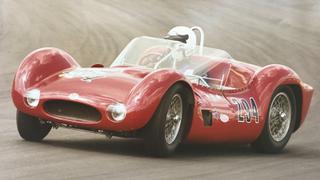 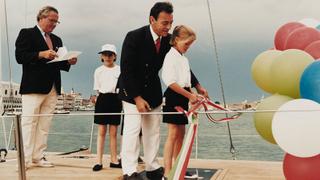 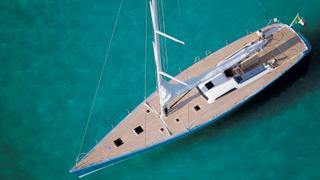 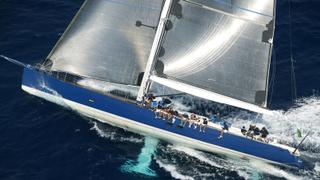 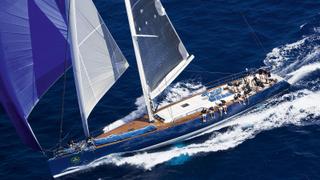 On board with Sir Lindsay Owen-Jones, owner of 30m sailing yacht Magic Carpet 3

Sir Lindsay Owen-Jones was the Englishman who turned L’Oréal into a cosmetics giant, and the sailor who helped make Wally famous. David Edwards meets a very dashing knight...

It was love at first sight and the beholder was 10 years old. Lindsay Owen-Jones was on holiday with his family and the life-changing vision of beauty was France, and all its romantic allure. “It was discovering that there was another world out there where they drank wine instead of beer and had all kinds of wonderful things including pretty girls,” he says. “I can put it down to a memory of a tiny hotel in Bénodet, on the south coast of Brittany, called Hotel du Phare, and there was a drop-dead gorgeous waitress and suddenly I was having a really good time.”

If you didn’t know the story of Lindsay’s remarkable subsequent life, his impeccable pronunciation of Bénodet and Hotel du Phare would be a hint that that first taste of France would be much to the young English boy’s liking. He would go on to make France his home and become something of a national treasure by turning one of its best-known companies, L’Oréal, into a global superpower, becoming Sir Lindsay and receiving the Legion d’Honneur in the process.

Sir Lindsay’s account of his first foreign holiday reveals more than just a love of all things French. The first detail he recalls is the vehicle they travelled in. “We had a Humber Hawk, with a roof rack full of stuff, and an overdrive so you could drive it flat out for hours and hours and hours, which my father did.” He was already mad about cars, and racing cars in particular. “Even at six or seven I was really into motor racing. I would listen to the radio in the middle of the night to follow the 24 Hours of Le Mans, or listen to the grand prix at Monte Carlo, which seemed totally magical.”

Home was New Brighton, across the River Mersey from Liverpool, and adventure and excitement seemed very far away. But, thanks to his mother in particular, they were not entirely out of reach. “My mother was a very bohemian, artist sort of character who would draw all day rather than do housework,” he says. “My father was deadly serious, an engineer, sensible sort of chap. But whereas my father thought this was perfect, living in the north of England, with a nice family, I think my mother secretly had hoped for more bright lights and more fun and more excitement and I’m sure she transferred this to me and willed me somehow to escape and do something else.”

He did. First to boarding school 150 miles away in the Midlands, and then further south, to Oxford, where he studied modern languages. “My father wanted me to do science and mathematics and physics and so on, and my mother didn’t even dare say that she would have preferred me to do English and history and modern languages. In the end, thanks to a really good teacher I had, my mother’s side won. That was a decisive moment in my life.”

Sir Lindsay would go against his father in other ways too. Owen-Jones senior had served in the Royal Navy during the Second World War. “He always said the only distinguished thing he ever did was getting sunk, three times, and surviving. That meant that he didn’t think the sea was for fun. My father wouldn’t have got on a sailing boat if you paid him to.”

But fun – and sailing boats – was something that Sir Lindsay was becoming increasingly drawn to. He learned to sail in Alpha dinghies on the Thames while at Oxford and then spent his student summers sailing Vauriens in France, by the Ile de Ré off La Rochelle. “Vaurien means literally ‘worth nothing’; they were made out of plywood and you had to put plastic bags inside to stop them sinking. But they were great fun.”

Sailing in France was different from sailing on the Thames. “It was compatible with being in the sun, and I thought this is serious fun; seriously exciting. And it was something you could do, whereas motor racing you could watch but for a hard-working middle-class chap like myself, actually racing cars oneself was beyond my imagination.”

While at Oxford he’d met Olivier Giscard d’Estaing, the brother of the future French president Valéry, who’d founded a business school in Paris called INSEAD. Sir Lindsay was intending to take the Foreign Office exam, but “Olivier said, diplomacy tomorrow is going to be in business, it’s not going to be in the embassies; that’s just for cocktails”.

So Paris it was, and that’s where he stayed after landing a job at L’Oréal. “It sounded like a wonderful, exciting thing to do. Doing marketing for shampoo and hairspray, in French, in a French company, living in Paris; and being paid to look at and study women and their motivations. Of course, I took to that like a duck to water.”

As his career progressed, so did the cars and the boats – and the racing. There were go-karts and classic cars, and 420 dinghies and a Bénéteau First Class 10 prototype, which was the recommendation of Bruno Troublé, the French America’s Cup sailor who Sir Lindsay had befriended while working in the US. Sir Lindsay loved racing but also wanted a boat on which he could cruise with his Italian wife Cristina, and Céleste, his daughter from his first marriage to a French woman. Troublé steered him towards an American-designed, Italian-built 17 metre ULDB, then a 24 metre aluminium CNB. “That was lovely but it was heavy, traditional, and there were wire cables coming out of everywhere. I could see it was going to require a serious number of crew without really going very fast, which didn’t seem like a good combination to me.”

All of which led him to a second love-at-first-sight moment, this time aged 50. “I was looking at a magazine, dreaming about boats, and I saw a photograph of Genie of the Lamp. It took about a minute to realise it was exactly what I wanted.” Genie was the revolutionary 24 metre sloop launched in 1995 by Luca Bassani, and its flush, clean deck left Sir Lindsay stunned. “Nobody had ever told me that such a boat existed.”

Meeting Bassani was similarly momentous for Sir Lindsay. “We’re very different, but I like people who are very different to me. We complete each other. He too was a mixture of a creative person and a sensible person. But I would say he’s 80 per cent creative to 20 per cent sensible, maybe even 90-10. I’m more like 50-50.”

Bassani let Sir Lindsay and his wife sail from Saint-Tropez to Corsica and back on board Genie, with a crew of two, and Sir Lindsay was sold on her. Unfortunately Bassani had sold her to someone else but he had an idea. He wanted Sir Lindsay to build a new boat, “like Genie but better” and in effect be Bassani’s first customer for a brand he was hoping to establish. “He convinced me to do it.” And so Wally was born.

Eighteen months later Sir Lindsay took possession of the first Magic Carpet – “because Genie of the Lamp, the Arabian Knights… Magic Carpet!” Twenty-one years on and here we sit, around a table in the saloon of Magic Carpet 3, moored in Saint-Tropez and being readied for a new season of Wally Class regattas. “Magic Carpet has, I think, been on the podium of the Wally championship every year for 20 years,” he says proudly, and at the age of 72 he’s as excited as ever about the impending competition. “Every year we try to improve the boat for the next season, and we have tweaked a whole lot of little things this winter.”

For him, business life was like racing a car or a yacht. “Absolutely. I think it’s the same drive, I would accept that completely. I wanted to win, I wanted to earn a lot of money.” He stepped down as chairman of L’Oréal in 2011, after 42 years at the company. During his 22 years as chief executive he delivered double-digit growth every year, taking the company into every major global market and raising its value from €1.5 billion to €53 billion.

As a racing car driver, that same competitiveness took him to a remarkable fifth place at the 24 Hours of Le Mans race in 1996. “Fifth doesn’t sound great compared to a professional but if you’re a privateer finishing fifth is like climbing Everest.” He is similarly proud of winning overall at the 2015 Giraglia Rolex Cup with Magic Carpet 3. “We won it twice on scratch but that’s having the fastest boat. Winning it on corrected time, which usually favours the small boats, is much more difficult and we tried how many times, 12 or 13 or something, before we finally won it on corrected time. That was a great moment.”

He spends much of his time these days at his homes in Lugano and Saint-Tropez, as well as on the golf course, but the competitive fires still burn. “I don’t want to get any less competitive,” he says. “I make a point of sailing this boat three or four hours running without taking one minute’s rest while we’re racing it. As long as I can do that I feel that I’m going to stay young for longer. I want to stay that way as long as I possibly can and build a new Magic Carpet before I’m too old.”

On board with Lang Walker, owner of the Kokomo yacht series