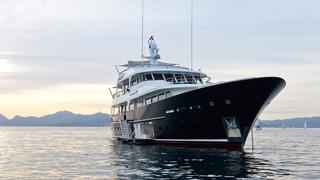 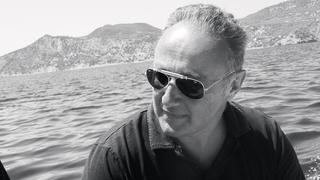 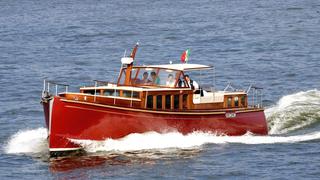 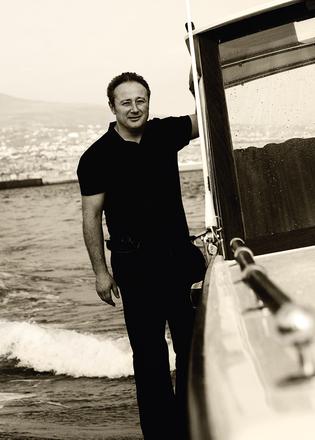 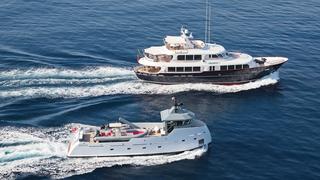 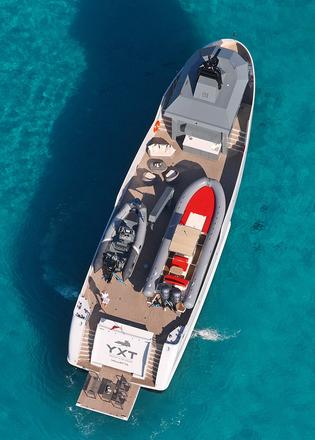 Superyacht owner and founder of Lynx Yachts, Slim Bouricha, takes us on boardHeliad IIand explains how a eureka moment propelled him to revolutionise the way yachts are built...

“It really comes down to moments, coincidences,” says Slim Bouricha. He’s recalling the turning-points in his business life, the specific experiences that allowed his first company to flourish and his second recently to take root. And he’s being modest.

Coincidence appears to have played no part at all in the making of Tunisian-born engineer, businessman and superyacht owner Slim Bouricha. First, he built a ground-breaking construction firm in the oil and gas industry from scratch, designing and building pipelines, oil processing facilities and much more. Now he is embarking on a similarly radical venture in boatbuilding. The “moments” he describes – and he remembers them vividly – seem more to do with a rare combination of intelligence, empathy, bravery and hard work.

Before we get on to those life-changing episodes, I ask him about his name. Is there a story behind Slim? No, he says. It’s just the name his parents chose for no particular reason. “Working with Dutch people, though, I found out that it means ‘smart’ in Dutch!”

Those Dutch people he refers to are characters in the second act of Slim Bouricha’s story. His boatbuilding company, Lynx Yachts, is based in Holland, where his smart ideas, including the revolutionary superyacht support vessel, the YXT, are gaining a foothold in the industry.

But first, to Tunisia. It was in Sfax, on the Mediterranean coast south of Tunis, that Bouricha was born 49 years ago (he hits 50 in June). Unusually for Sfax folk, his parents – a psychiatrist father and nurse mother – had a boat and his childhood summers were spent on the six metre, and the nearby island of Kerkennah. “It was magic for us growing up,” he says. His father bought Slim and his elder brother a fishing boat, too. “We spent every summer fishing and the beginning of the season preparing the fishing boat, scraping the paint, getting the boat ready for the season. My brother, myself and a fisherman in the village, he would help us. He taught us pretty much everything.”

The youngest Bouricha was soon displaying the practical skills that would come in so handy in later life. “Since I was little I had an interest in becoming an engineer. My first boat didn’t float for a second – I was not even 10.”

He left home at 18 to study, first in Paris where it was maths and physics, and then Washington, for a mechanical engineering degree at George Washington University. Other lessons were learnt, too. “At the time America was much more advanced than Europe in terms of the service industry. Now I think all the world is pretty much equal but back then I could sense that Americans were more pragmatic and more service-orientated.”

Armed with qualifications and experience, Bouricha went to work back in Sfax. He joined a company that built facilities for oil and gas producers – and quickly branched out on his own. All the time, he was questioning what the industry did, and how companies like his did it. “When we were about to build something and the engineering was already done, there were a lot of things you would see wrong. I would say, I would have designed this differently.”

This was when Eureka Moment No.1 took place. “I can even close my eyes and remember it,” Bouricha says of the day nearly 20 years ago. “It was one day, I was walking with the end client and the main contractor who did the engineering. And the project was late because it was poorly designed. They had to redesign while the construction was going on. As we were walking, one of the representatives of the builders I was friendly with turned to me and said: ‘I can’t believe this. This is something you could probably have done yourself much better than we did.’ All of a sudden I thought, hold on a second, that’s true.”

A few months later, Bouricha put his new approach to the test on a tender for a process facility. “I went so far as doing the entire engineering at the bidding phase so they could really see I knew what I was talking about. I think that seduced the engineering team of the end user, the client, as they said OK.

“That first project was a success. My client was so happy and they are still one of my major clients.” His company, Beender, is still going strong, employing 70-80 people and busy designing, engineering and constructing facilities in Congo and Iraq.

They might be rather different worlds and products but Bouricha has found that the same principles that apply in the oil and gas industry do so in the boating world, too.

Having cruised and fished on boats as a child, it was some years before Bouricha returned to the water as an adult. “First, I couldn’t afford a boat,” he says. “Second, I didn’t even have time for a boat. I used to work seven days a week and did that for my first seven years. One day, you finally have a little bit of money and some time, so I bought a small boat to cruise around.”

His first “significant” boat, as he calls it, was the 17 metre Jericho he had built in the mid-2000s and kept in Tunisia, while he was living in Paris. A fire put paid to her so he bought Heliad, an 18 metre Ferretti, while he and his American-Palestinian wife Lina started designing the boat they really wanted.

Making this next boat a reality brought about Moment No.2. “If you went to all the traditional boat builders, the process was such that you end up never getting the boat you want. This is why I decided to set up Lynx Yachts. We need to rethink the yacht building process.”

Bouricha was convincing enough talking about Beender and how he changed the way an oil and gas facility builder tendered for business. He positively fizzes now when explaining how the 33.9 metre Heliad II became the first boat off the Lynx drawing boards, in May 2013.

“We wanted to have the perfect gentleman’s family boat. When I used to cruise, whenever I saw those round-stern, navy blue hulls I always had to stop. On the old Benettis or whatever. They always appealed to me. And we also wanted to have a modern classic yacht where you have a very traditional line, that’s timeless, and yet a very minimalist contemporary interior.”

Many people seem interested in Lynx’s one-stop shop approach of design and build. “I met somebody last week,” Slim Bouricha says, “and it was great because he had had several yachts in his life, all the way to 60 metres. He now wants a 22 or 24 metre boat and I have a very interesting challenge because his wife wants something and he also has his own requirements. He has children too and they are all on a different wavelength and somebody has to come from the exterior and make the common denominator. I love this, love it,” he adds, unnecessarily, as his eyes and quickening speech have already given away his excitement.

Alongside its custom division, Lynx also offers the YXT, the distinctive support vessel range designed to offer more space to yacht owners to carry large tenders and toys as well as providing additional accommodation for crew and guests.

This idea came to Bouricha during Moment No.3. “We were anchored off Capri [some time around 2008] and I was watching these people coming off this 50 metre boat. The ladies were all decked out and the tender was not stable, the crew were struggling to get those ladies safely on board the tender that was not so big. The water was very choppy, it was very windy, and I saw them getting completely messed up.

“While we were building Heliad II I was aware of a larger yacht trying to remain under the 500 gross tonnage limit by carving into the superstructure [to accommodate a small tender]… I’m like, all this doesn’t make sense. Here’s a guy who’s spending probably two million altogether, when he could have bought a yacht extender for less money and not limited himself. He could then have had a 13 metre tender and enjoyed the real thing.

“I’d been thinking about it for a while but suddenly it all came together and I thought: we need to do it.”

Of course, he did it and is still doing it. He mentions another moment, one from his childhood, that goes some way to explaining this engaging, cosmopolitan character who has two sons of his own – Hedi, 14, and Adam, 11 – and now lives in Geneva with his family. “I grew up in Sfax, in Tunisia, in the late Sixties, early Seventies. We didn’t have newsstands with magazines at the time. TV was still black and white, with one channel and that started, I think, at 6 or 7pm!

"Every once in a while somebody would come back from a trip and bring the Air France magazine called Atlas. I used to love those magazines. I’d spend hours reading them and looking at the pictures. I’d travel in my head reading those magazines. There’s so much to explore in this world.”

He has done his fair share of exploring so far and, with Lynx, is encouraging others to do the same. “I’m really passionate about boats,” he says. “I’m also, deep inside, the dreamer/engineer who always wants to do things differently and better.”

On board with Kim Vibe-Petersen, owner of sailing yacht Parsifal III