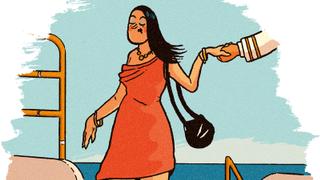 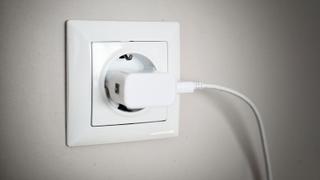 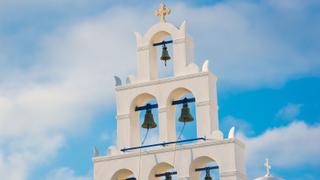 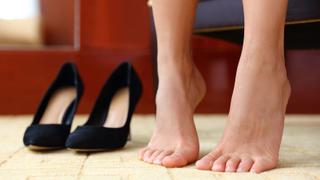 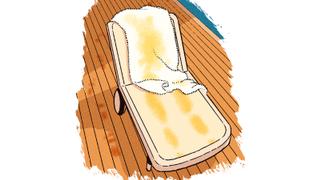 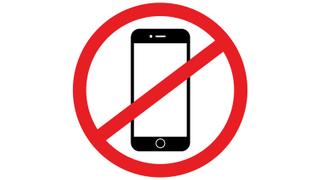 Owners anonymous: Yacht hosts on the antics that will get you blacklisted

With family, we give the teenagers the rooms furthest away as they hang out in the hot tub until 3am. With friends, we observe a first come, first served policy as it’s hard to hold the VIP suite for late guests.
Owner of a 47 metre motor yacht

Put that bag down!

Guests often want to carry their own luggage – but then they knock their bags against the walls, or use a suitcase’s rollers along the hardwood floors.
Owner of a 60 metre motor yacht

Americans travelling abroad often don’t stop to think about electrical appliances not being usable in Europe. Despite offering them our own hairdryers etc, some guests just plug in and blow fuses and even cause short circuits. And guests should not push buttons if they don’t know what they’re for; it’s better to ask the crew. We have had several guests push the emergency button in the showers despite its being labelled “emergency”.
Owner of a 55 metre motor yacht

Sudden changes to the itinerary can be accommodated but it is disappointing when guests don’t realise the cost, in time and money, incurred by such changes. Even a change to a booked restaurant or transport arrangement can create costs and work for our crew and support system.
Owner of a 56m sailing yacht

Guests should try to understand that we cannot always be in port for Sunday church. Surely God will forgive you if you miss one service?
Owner of a 55 metre motor yacht

All the bathrooms in the male guest and crew cabins have a sign that says “Gentlemen, please be seated”. This makes for a cleaner area for the ladies.
Owner of a 55 metre motor yacht

A guest managed to clog the toilet with a sanitary towel but didn’t say anything – and she was a superyacht owner herself!
Owner of a 40 metre sailing yacht

When our boat is being chartered, it is a big no no if guests bring drugs on board or try to solicit sex from crew members. Another bugbear is guests assuming the role of host and extending an open bar policy to others who are not guests.
Owner of a 36 metre motor yacht

My worst guest was a 50-year-old woman who immediately set her sights on one of my son’s 24-year-old friends, and then had a fling with him openly for three days. This was only topped by her open use of marijuana and ecstasy, which she also offered to all the kids on board. She flew up on a private jet I had chartered, and three months later she has still “forgotten” to send a cheque for her share of that charter!
Owner of a 41 metre motor yacht

We get the occasional guest who wears stilettos either when stepping on board for the first time or when preparing to go out for dinner. We always politely explain that shoes are not to be worn while on board because they can damage the teak. Even getting guests to wear non-marking shoes on board can be a challenge, because once they’re worn off the boat most shoes pick up dirt, gravel and sand.
Owner of a 56 metre sailing yacht

The host sets the tone

I really think that it’s up to the host to set the tone in manners and dress. Sometimes with a lot of Type A personalities this can be a challenge. We had one of our friends leave in a gold lamé dress as she walked down the line of crew to say goodbye, as if it were the red carpet at the Academy Awards.
Owner of a 47 metre motor yacht

Avoid using self-tanning sun cream because the dye marks the towels, cushions and cream leather – and is almost impossible to remove. The same goes for nail polish remover, particularly when it, or used cotton pads, are put on varnished or lacquered surfaces.
Owner of a 35 metre motor yacht

The yacht was under anchor in the bay and we had enjoyed a relaxing lunch ashore. An elderly guest, fully clad in a British expat cream suit, shirt and tie, accepted a ride back to the yacht on a pedalo. When he tried to climb from the pedalo onto the yacht he grabbed the bathing platform with his hands and pushed a little too hard with his feet. This resulted in the pedalo moving away from the yacht and the elderly gentleman becoming increasingly stretched out across open water. The inevitable happened: the gap became too wide and the gentleman fell into the sea.

The “captain” of the pedalo jumped into the sea to help him and then the unmanned pedalo started to drift across the bay. To cap it all, the old man could not swim and he had his wallet full of cash and cards in his jacket pocket. I was swimming back to the yacht at the time and watched these events unfold in what looked like slow motion. It was both hilarious and very worrying. But I am pleased to report that it all ended without any casualties.
Owner of a 35 metre motor yacht

I heard of a very dysfunctional family where the owner steered clear of the family politics between his new lady and his older children in a way that resulted in all guests on board leading separate lives. One morning, the owner decided to move from Saint-Tropez to Corsica only to find upon arrival that he had left his still partying children on the dock in Saint-Tropez. The crew hadn’t been able to account for them because of the level of laissez-faire on board.
Owner of a 36 metre motor yacht

In the interests of conviviality on board, we ask our guests to restrict their use of smartphones and iPads to when they’re in their cabins. In fact we turn off the internet for guests during the day, and access to expensive satcoms is allowed only from 5pm to 8pm.
Owner of a 55 metre motor yacht

A pal who comes on the boat always brings a case of fine Bordeaux with him, first growth. Last time he added a bottle of Screaming Eagle 2013, which sells for somewhere around $2,200 a bottle.
Owner of a 56 metre sailing yacht

Music is key and a fabulous guest will bring lots of music of their own to share.
Owner of a 47 metre motor yacht

Unless it’s just a simple request, don’t start directing our crew without first asking my wife or me. Also, be respectful of the crew and don’t start commenting on them in their presence, even in a language you think they might not understand.
Owner of a 40 metre sailing boat

Guests are often not attuned to calling officers on board by their title – Americans tend automatically to use first names. But captains, for example, are entitled to be shown a degree of respect.
Owner of a 55 metre motor yacht

When we welcome you aboard, we are welcoming you into our home. It gives us great pleasure when guests are able to relax and enjoy themselves – while being respectful of our boat and our crew.
Owner of a 42 metre motor yacht

The best way to win our heart is to appreciate the yacht, the trip, the fun and all that my wife and I put into the experience and what we do to keep the boat in top condition – because it’s a huge amount of not only money, but also time and effort.
Owner of a 40 metre sailing yacht

The guest rulebook: An essential yachtie guide to staying on board

Gossip from the galley: Crew confess their toughest on board moments

Call of the ocean: Sailing yacht owners on why they love to sail