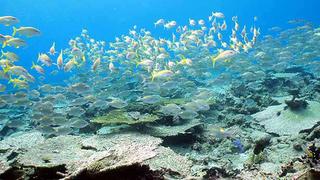 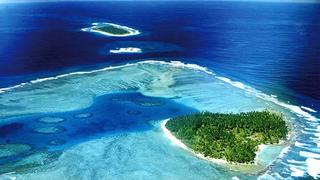 The issue of overfishing has twitched to life in the public consciousness. Fresh from battling EU rules that make fishermen dump perfectly good catches, the campaigning British chef Hugh Fearnley-Whittingstall has turned his attention and television cameras to the creation of ocean conservation zones (Hughs Fish Fight: Save Our Seas). Former UK minister David Miliband is also leading the new Global Ocean Commission that aims to protect fisheries.

This increased interest has arguably been sparked by The End of the Line, a 2009 documentary film about the devastating effects of overfishing, made by two founding members of the Blue Marine Foundation (BLUE). The charity works with governments and NGOs to establish marine reserves, then runs regular patrols to ensure they are protected. By increasing the area of ocean protected by marine reserves from 2.3 to 10 per cent over the next 10 years, BLUE aims to prevent the barren seas that loom 40 years down the line  and the starvation of a billion people who rely on fish as their primary food source.

BLUE successfully works with wealthy individuals, particularly superyacht owners, with an interest in keeping the oceans healthy. They have now been joined by high-end companies such as the luxury travel website Mr and Mrs Smith, Marks & Spencer and restaurant empire Hix. Swimwear brand Orlebar Brown is extending its line of BLUE trunks, which feature photographs of humpback whales taken by charity co-founder George Duffield, while Crème de La Mer produced a limited edition Blue Marine moisturiser  in both cases proceeds go to the charity.

Whether the money is private or corporate, the purveyors and consumers of luxury have proved a powerful force  creating the worlds largest marine reserve, Chagos, in the Indian Ocean, in BLUEs first year. The charitys patrols  funded by the Bertarelli Foundation  protect the 247,000 square mile site and have already seized 25 illegal fishing vessels. The waters of Chagos Archipelago are eight to twenty times as abundant with life than in many other places in the same ocean, notes Professor Charles Sheppard of Warwick University, in a report on his recent expedition.

The charitys second-largest reserve has just been created in Belize, a nation that has embraced BLUEs aims. As Belizeans we continue to be a people with a great appreciation for conservation and sound management of our marine resources, says Lisel Alamilla, Belizean minister for forestry, fisheries and sustainable development. Belize is on track to meet its own target of protecting 20 per cent of its waters by 2020.

With guidance from BLUE and substantial funding from the Bertarelli Foundation, Belize has also designated the Turneffe Atoll, a marine protected area (MPA). The atoll is the most biologically diverse in the Caribbean, home to manatees, crocodiles, turtles and rare coral. It is the missing piece in a biological corridor of MPAs that extends over 3,866 square kilometres of Belizes waters, says BLUEs George Duffield. If we can protect Turneffe it creates this enormous wildlife path  scientists are looking at not just protecting little bits, but entire migration paths.