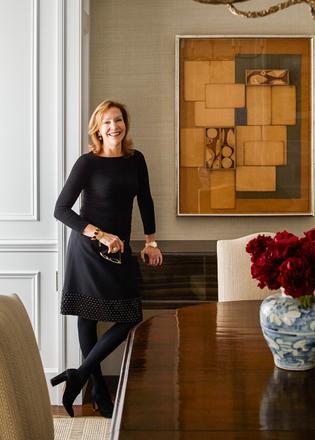 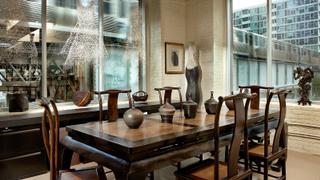 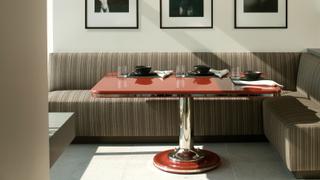 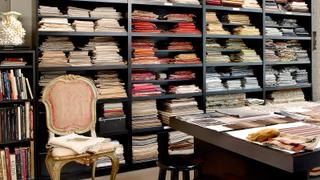 Homes are where Suzanne Lovell’s heart has been but the Chicago-based interior designer tells Harriet Mays Powell that boats are definitely next...

Suzanne Lovell describes her Chicago studio’s work as “sophisticated yet approachable, a timeless and uncomplicated version of luxury”. Sitting in Morgans hotel in midtown Manhattan, this slim, softly spoken, elegantly dressed woman is explaining how she works at the intersection of architecture, interior design and fine art, creating bespoke environments for her clients. Named one of the AD100 in 2007, Architectural Digest’s top 100 interior designers and architects, Lovell and her team of 20, plus a global network of artisans and craftspeople, work on projects across the US and around the world.

Lovell’s childhood was spent in Massachusetts and, thanks to a mother who worked in a local museum and specialised in Federalist furniture and textiles, she grew up “knowing what a Chippendale chair was”. Her father was an engineer, so the skills of both parents were handed down to their daughter. Initially, Lovell wanted to become a fashion designer but, horrified by the home economics department at Virginia Tech, she hastened to the School of Architecture and Design.

After gaining her degree she was determined to design residences, but as a woman it was hard to get started. “For a long time I had to say I was an interior decorator. Now I do architectural interiors. But it took time.” Today, Lovell considers what she calls the “architecture of materials” to be integral to all her projects – “the wood, the stone, the hardware and the connections between them”.

Her introduction to the marine world came from Shahid Khan and his wife – owners of the 95 metre superyacht Kismet, plus Fulham Football Club in London and the Jacksonville Jaguars American football team — who wanted their penthouse to resemble their beloved boat. Lovell described the ensuing process as “a progression”, during which she persuaded her clients to move from a traditional interior to one that contained much more sophisticated contemporary detail. On seeing the finished space for the first time, she says the Khans exclaimed: “We want our next boat to look like this house!”

It is clear that Lovell places huge importance on establishing a close personal relationship with her clients and trust, she says, is indispensable to the process. “It’s necessary to get to a place where you can say ‘that’s a great idea, but it’s not going to work’. Clearly her approach pays dividends as she has worked on multiple projects for many of her clients. After doing one residence in the St Regis New York hotel, she did four more apartments on 5th Avenue. “Who gets to do that?” she asks rhetorically, with unmistakable pride. But in the end, she insists, her world is a small one. “There is a tiny group of clients who are at this level and a tiny group of designers who can handle the work, who have the offices to support the service and the administration of millions of little things.”

Lovell’s work involves great attention to detail, and sourcing fine art and antiques is integral to this process. She grew up with a feeling for furniture and antiques, but learning about fine art required her to invest an enormous amount of time and energy. Today, her studio has a dedicated art researcher. “She and I have worked together for 14 years, going to shows and art auctions. Now when we go to private sales, we are totally respected.”

Recent years have seen a tremendous growth in fine art furniture, pieces where the design and art worlds merge and play off each other. Lovell employs artisans and craftspeople to make “the antiques of the future”. A favourite collaborator is French sculptor Ingrid Donat, who worked with Diego Giacometti and who now creates limited edition contemporary designs. Other members of her coterie include Frank Pollaro, a custom furniture maker (whose work graces many superyachts), and the custom hand-weaver Sam Kasten.

Despite having worked on numerous yacht owners’ homes, Lovell has yet to design a yacht interior. It seems unlikely that there will be a long delay. “I can’t wait to get my hands on one!” And she already has partners in mind. “We are going to collaborate with Nature Squared, a Swiss company making sustainable luxury products for interiors. They have the technology you’d need to do interesting finishes on materials suitable for boats. And I’m currently working on a big project in the Dominican Republic. One of the issues there is the hardware, because of the climate. How much of the alloy do you have to have so the bronze stays bronze and doesn’t pit. So things are coming together.”

Lovell is especially keen to design a boat’s furniture with Frank Pollaro. “I think he and I could do something better than his partnership with Brad Pitt. They did a wonderful series, but I think Frank and I could do a whole line that held the whole boat together and had real individual character.”

As for the colour palette for the yacht, “it has to have a blue accent because of the ocean, with white, grey and some black to ground the décor. There will be touches of a beautiful blue – but definitely not navy!”