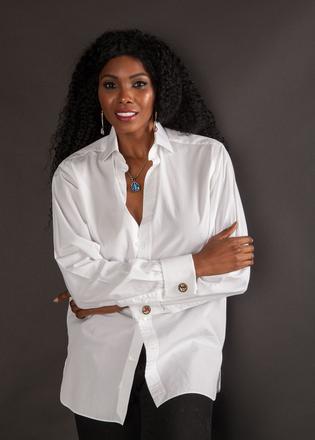 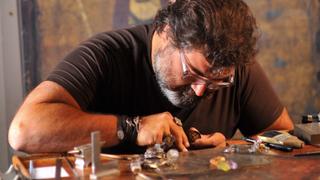 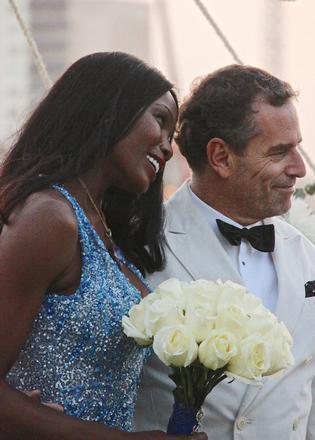 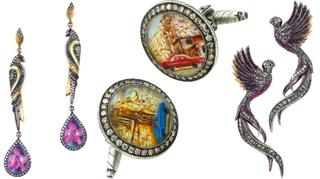 Miami’s W Hotel South Beach feels like the epicentre of grown up cool: it’s the perfect place to meet Yaima Ortiz and her husband. A former volleyball player and Olympic medallist from Cuba, later turned model, she recently married yacht designer Riza Tansu. His boats, built in Istanbul, have won several awards from this magazine over the years, the latest a Boat International Design & Innovation Award, in January, for 43.7 metre Cyclone. I have no trouble spotting the couple. Tansu: handsome and youthful in a summery linen shirt; Ortiz: tall, beaming, striking. She offers a hand rimmed with multiple bracelets by Sevan Bıçakçi.

It is her recent work with this master jeweller that brings us together today. Bıçakçı, a Turk of Armenian descent, creates large and colourful pieces, each unique and many inspired by the cultures and religions of Anatolia. His main boutique and studio is near Istanbul’s Grand Bazaar, where he employs expert craftsmen in a variety of disciplines – carving, reverse intaglio, miniature painting and mosaics among them – to create microcosms inside ornate pieces.

He is known especially for his large rings, complex combinations of precious stones and gems carved from the inside out, which have earned him the occasional nickname of Lord of the Rings.

Ortiz was introduced to Bıçakçı by Tansu, a close friend of the artist, in 2013. She owns several of Bıçakçi’s pieces, “an addiction” she tells me, holding out a large blue pendant that she has brought for me to see. “I love the sea. In my most difficult moments, I always pray to the queen of the sea. When I told [Sevan] this he came up with this beautiful piece in two months,” she says. I make out, through the chiselled stone surface, a crowned figure of the Black Virgin in a blue dress. Ortiz wore it on her wedding day, paired with a blue dress. On that day, Bıçakçı presented her with a gift.

“I was dancing, and he put a jewel in my hand and I danced even more,” she recalls. Two sirens, their heads in gold and diamonds, embrace a large stone carved to look like the ocean bottom complete with miniature corals. “It’s a masterpiece. Something out of this world. I cannot wear it, it scares me, it is too beautiful,” she says.

On the plane back to Turkey, Yaima shared an idea with Tansu to create a collection heavily influenced by her native Cuba and Latin culture. “In my opinion Sevan is the greatest jewellery designer of our time and I was sure he would like the idea as well. After several meetings I saw sketches of the pieces and later the real ones... exactly what Yaima was dreaming of,” Tansu says.

The dream was several years in the making. The first time Ortiz met Bıçakçı in his shop five years ago, Ortiz was very moved. “The décor of his shop was so incredible. When I saw him appear with his big smile, I immediately thought he was someone wonderful. I love the way he started work so young, at 12 years old, and worked in the Grand Bazaar where he learned everything. It reminded me of my life. I also started young, training for many hours a day.”

Born in 1981, to a couple of athletes, Ortiz was identified early as a budding sports talent, joined the national Cuban volleyball team and later became a professional player. “The discipline I learnt in sports has helped me. I worked day and night to complete this collection,” she says.

After Bıçakçı appointed a team of designers to work with her, Ortiz immersed herself in research on the flora, fauna and cultural history of her native Cuba and Latin culture. Currently 36 pieces strong, Latin Winds by Sevan Bıçakçı includes pieces for men and women, with cufflinks, necklaces, bracelets, earrings and rings among them. The cultural heritage and nature of Latin America, its wildlife, streets and people are represented in vibrant colours. They incorporate the tocororo (the Cuban national bird), the famed Tropicana club and the Malecón (Havana’s waterfront promenade) – but also the flowers, jungle and rivers of South America.

But this is just the beginning. “I might manage to introduce the first 30 pieces this year, but I hope to keep adding new designs around the same idea for many years to come,” Bıçakçı says. “As the pace of production is extremely slow in my atelier, I can never come up with seasonal or annual collections, which is something I don’t miss at all. I would rather keep my imagination busy on a given subject for much longer periods of time and hence allow ideas to evolve along with resulting designs.”

Plans for unveiling the collection are still being worked out, but Bıçakçı last year opened a boutique with Ottoman-inspired ceilings in the Miami Design District and the 2018 edition of Art Basel Miami Beach is a possibility. “Miami has been a second home to me since the opening of my boutique. And along with Puerto Rico and Cuba, Miami has also held a special place for Latin Winds, especially thanks to my dear friend Yaima’s involvement,” Bıçakçı says. It’s an involvement that looks set to last quite some time.