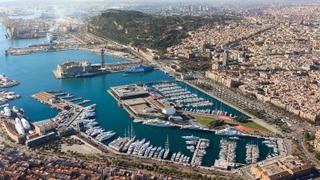 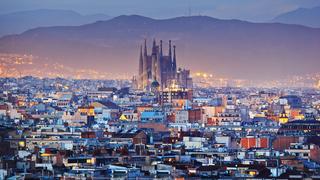 The Superyacht Show highlights Barcelona as a superyacht hotspot

Barcelona has been thrown into the spotlight as a superyacht destination by the inaugural Superyacht Show running at OneOcean Port Vell this week (May 2-5),

“The superyacht industry is quite new in Barcelona,” said Ignacio Erroz, general manager of the host marina One Ocean at the LYBRA-run show. Some notable yacht-related businesses have, however, grown up around the world-famous refit yard MB92 and the much younger OneOcean Port Vell in recent years, and these have formed the Barcelona Clúster Nàutic to promote the city as a large yacht hub. It seems to be working.

In September last year, LYBRA chose OneOcean as the venue for its first Superyacht Show, a client-focused event with the clout of the major brokers behind it and the potential to re-write the rule book on such shows worldwide.

Jonathan Becket, LYBRA president and CEO of Burgess, told Boat International that the organisation was attracted by the “excellent" and extensive marina facilities at OneOcean. “Added to that, it’s an easy destination to reach and the city itself has great five star hotels andgood restaurants which makes for a pleasant experience for clients,” he said. The city’s airport has a private jet terminal and there’s a helipad within the harbour for easy access by air.

The show also seems to have cemented bonds between the industry and the city. “Last week we signed a contact with Fraser, who are going to have new office here,” says Erroz. “It’s the first time that one of the big brokers has opened an office on the Spanish mainland. The brokers feel that something is changing – they have seen there are more and more yachts are deciding to stay here for winter and also some during the summer.”

“As a city the location is great, the marina is all new, it’s all clean, it’s tidy, it’s secure,” says Alex Koersvelt, sales broker at Edmiston. “Also for yachts that have come back after the winter (in the Caribbean) to Europe, logistically it makes sense to stop by on the way back before the summer - that’s also why shipyards like MB92 and Palma have a lot of business - I think it’s a wonderful place.”

Brokers react to The Superyacht Show 2018

In pictures: Day One and Day Two of The Superyacht Show 2018