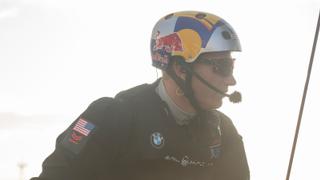 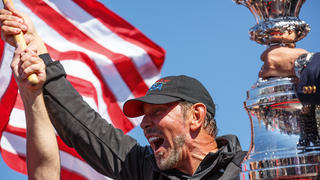 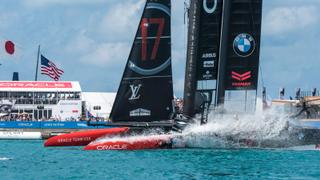 Jimmy Spithill explains the sensation of an America’s Cup race

The winner of the 35th America’s Cup will be decided in the next five days. But how does it actually feel to head out on the water as a participant? Oracle Team USA skipper Jimmy Spithill sets the scene...

As you read this, we’ll be about half-way through the decisive America’s Cup Match in Bermuda, so I wanted to use this column to write about what it feels like on the day, and let you in on what that sensation of heading out to the racecourse is like.

It’s a moment of truth. It’s quite humbling to realise that years of work will all come down to a handful of 20-minute races. And because it’s the America’s Cup, and we’re the defending champions, it’s all on the line. We either win again or we lose the Cup.

This will be my sixth America’s Cup. It’s been 18 years since Syd Fischer gave me and a bunch of other young guys an opportunity to get our feet wet in this game with Young Australia in the 1999/2000 Louis Vuitton Cup.

We didn’t really have any pressure on us to win then. Expectations weren’t that high as we were sailing with old, slower equipment. We were never going to win, which allowed us to sail fearlessly against some of the biggest names in the game.

I think that was a great lesson and it’s shaped the way we approach racing to this day, especially in these boats. So when we push off from the dock, all six of the sailors on board, and indeed our whole team, will approach the race with the confidence that we’ve done our work, we’re prepared and we have an opportunity to win.

Then it’s a matter of executing what we’ve practiced, and being open to adapting to circumstances one race at a time. That’s possibly the most important part of all. At the 2013 America's Cup, the only reason we won after falling behind 1-8 was because we kept on improving right through to the very last race.

We stayed open to new ideas and pushed our shore crew, designers and sailors to the limit as we developed. We refused to believe it was over and pulled each other tighter together as the pressure came on. Hopefully we don’t need to be pushed to match point again before we start winning races this time but it’s good to know that if we are we can still come back!

As athletes and as a sports team, we make a big effort to try to make race day like any other day. We’ll have had simulated race days, so we know the schedule down to the last minute. We try to insulate ourselves as much as possible from the hype and distraction that comes with an America’s Cup race day.

But the truth is, it’s impossible to completely put the blinkers on. Our base will have friends and family there to cheer us on. Partners and sponsors who have supported us over the last three years will be on site as well. You don’t have that on practice day! But that support can be extremely powerful and motivating and the lads rise when it’s there.

We know it’s different. We know it’s special. And we know the pressure to perform is heightened on race day. And honestly, I love it. I think if you’ve gotten to this point in an America’s Cup team, regardless of your role, this is exactly why you get out of bed every day. It’s an addiction.

I always tell the guys to soak it up and enjoy it because that’s a big part of why we do this too. Not many people earn the right to race for the America’s Cup. It’s a very special opportunity to be representing all our teammates, so let the battle begin and don’t leave anything in the tank.