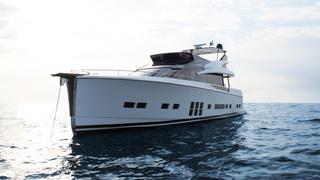 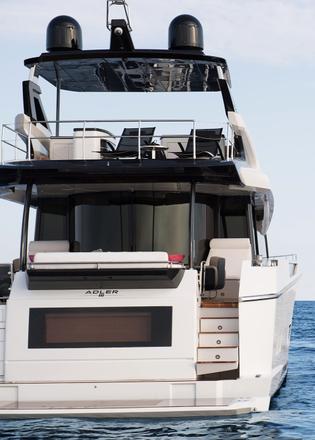 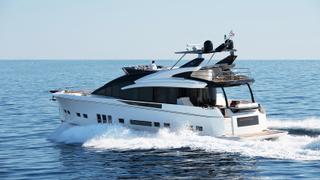 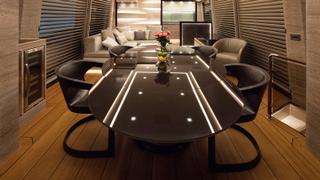 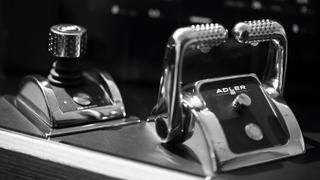 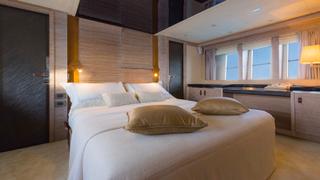 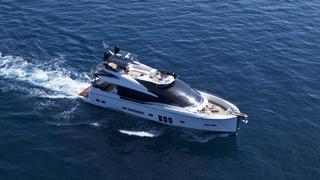 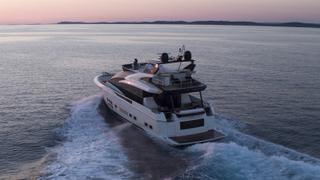 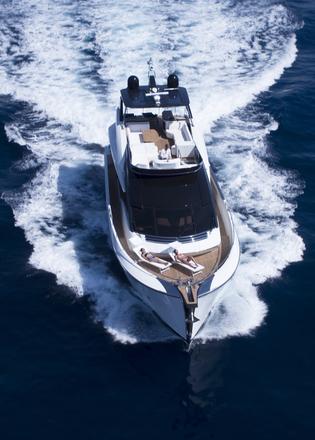 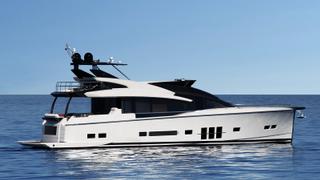 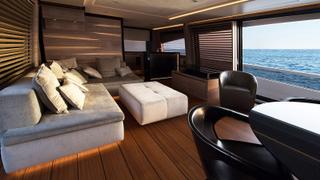 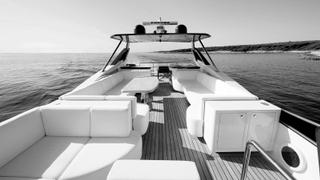 Take a closer look at the Adler Suprema yacht

“What makes it really unique is the easiness and the comfort of using it,” Pototschnik says. The marine hybrid system, operated via a stylish Böning interface, combines two moderately powered diesel engine systems, two 200kWe motors connected to gearboxes driving propellers via straight shafts and lithium polymer batteries. At anchor, a full battery charge will operate all on-board systems for 12 to 20 hours, depending on outside conditions and AC use.

Once the entrepreneurs decided to build a vehicle for their hybrid system, they did not leave the packaging to chance. The first Adler Suprema was launched as a fully evolved prototype to showcase the new brand’s knowhow. “As we don’t like any compromises we decided to build the yacht ourselves,” Pototschnik says.

Adler tapped Nuvolari Lenard to work with them. “We were looking for someone who had a lot of experience, not only in design but also in engineering,” Vagacs says, “and basically we got introduced.”

The Nuvolari Lenard team, a good balance of design and technical knowledge with projects ranging from smaller boats to superyachts, signed on to a project that required a full skill set. Over 18 months, it developed the platform, with a vertical bow designed to increase efficiency; came up with the look, a bit unusual but distinctive; devised the layout; and created the luxurious interior design.

This carbon composite yacht has three cabins, including a full-beam owner’s suite, plus a compact crew area, and offers a full package, with integrated monitoring system, multiple cameras, floor heating, iPad-controlled TVs and shades, Bose speakers and Lumishore underwater lights among numerous amenities. The masculine interior of the prototype features brands such as Minotti and Armani/Casa and subtle indirect lighting, again controlled by iPad.

For all the testing that went on, the production schedule and the urge to show off the yacht meant that the first Adler Suprema didn't have a chance to taste the ocean until a sea trial off Fort Lauderdale in early November 2017. The yacht had had its American debut at the Fort Lauderdale International Boat Show, where the inquisitive CEO invited feedback from visitors.

“We are able to adapt to the owners’ needs,” he says, which also means adding boarding ladders for the American clientele and a hardtop. The ability to choose interior décor is a given. “You will have something unique, something completely customised from the inside. You can sit down with Nuvolari Lenard, design your yacht specifically to your needs, choose colours, materials, the equipment and audio system… We are very flexible on this side.”

The real beauty, however, is to experience the boat in motion, especially on a warm, sunny and calm day. Outside of the inlet, the captain removes sunshades and within minutes is at the helm, demonstrating the Adler’s cool tech in action.

One manual intervention in the otherwise automated system is the switch from pure electric (from 0 to 600rpm) to hybrid mode, which requires pulling back on the throttle to neutral. After this everything happens automatically. Above 600rpm, or six knots, one engine starts to assist the 170kW batteries.

“You have fuel consumption but it is seven litres per hour, so nothing,” the captain says. Over eight or nine knots, the other Caterpillar starts (consumption is then about eight litres). “And then over 12 knots, you have both diesels and electric motors working. It’s fully automatic; if you want to go from 12 to 30 knots, you only have to push the throttle,” he says, demonstrating his point. The acceleration is super smooth and, before you know it, the engines are at 1,100rpm.

At this point, and up to 1,800rpm, the operator has the choice of opting for two extra modes: charging or boosting. Charging the batteries increases the fuel burn, but it’s fast — 120kW per hour. On the flip side, using the batteries to boost the diesels will deplete the charge but decrease fuel consumption. At 1,700rpm (16-17 knots), consumption is 240 litres per hour, but by using the boost mode it goes down to 190 litres. Beyond 18 knots, the boat runs on full diesel and has the option to go fast.

Flat out, we could be in the Bahamas in two and a half hours and enjoy noise and vibration-free time at anchor with the bay windows open to subtropical breezes and blue seas. But not today. Adler’s team is busy growing its business, setting up dealerships in the Americas and building boats. The next step, the 25.25 metre, four cabin SupremaX, is already under construction in Italy for a 2019 launch date. Adler Yacht is quietly ready to make some noise.