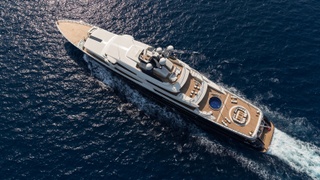 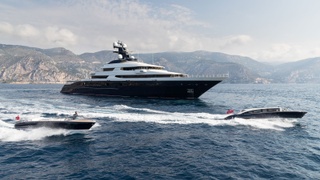 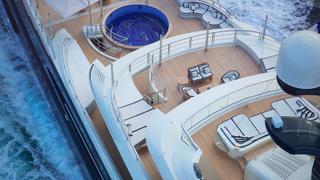 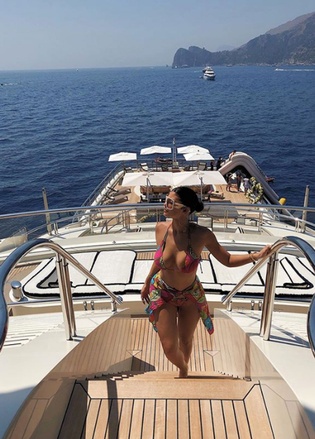 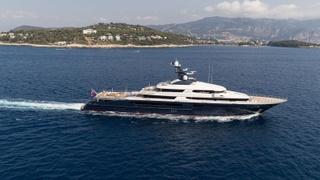 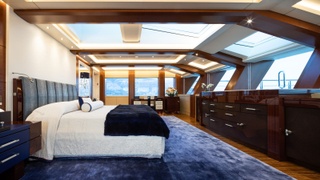 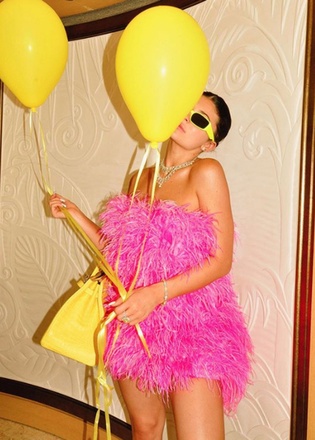 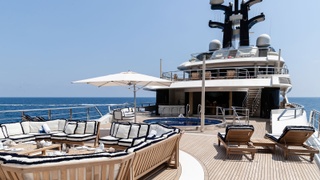 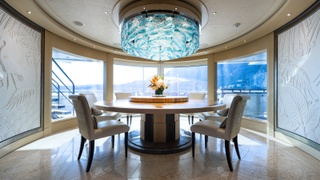 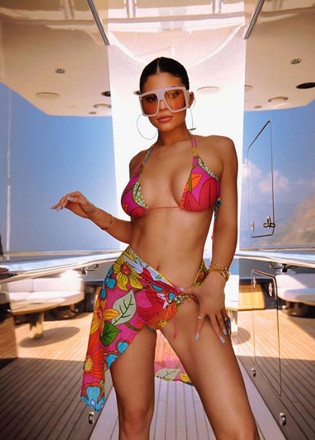 Kylie Jenner is currently celebrating her 22nd birthday on board the 91.5 metre superyacht Tranquility.

The billionaire businesswoman, and founder of Kylie Cosmetics, has been spotted alongside her boyfriend Travis Scott and mum Kris Jenner off the coast of Capri in Italy after chartering the Oceanco-built superyacht Tranquility for her birthday party, according to TMZ.

Kylie Jenner will be celebrating her 22nd birthday on board Tranquility. _Images courtesy of Breed Media and Instagram/KylieJenner

How much does it cost to rent superyacht Tranquility?

A week on board Tranquility costs upwards of €1,100,000. But the world's youngest billionaire can afford to splash out – with Kylie Jenner's net worth estimated at around $1 billion.

Tranquility is managed for charter by Camper & Nicholsons who said in a statement: "We value our clients' privacy and just want them to enjoy some tranquility while on board'.

Launched in the Netherlands in 2014, Tranquility was the first superyacht to be built to the new PYC standard. As a result, she can accommodate up to 26 guests, as well as 28 crew members. Her twin 4,828hp MTU 20V4000 M73 diesel engines propel her to a top speed of 19.5 knots. When trimmed back to her cruising speed of 16 knots, Tranquility boasts a globetrotting 5000nm range.

Tranquility is expected to set sail across the Mediterranean Sea for Kylie's birthday bash.

The Winch Design penned interior is inspired by Asia and includes the use of materials like wenge, gold leaf, bamboo and marble. She is commercially approved to sleep up to 22 guests, making her a desirable charter yacht.

There are ten cabins on board Tranquility, including a forward master suite with a private owner's study, and two main deck VIP suites, each with their own private balcony. Another full-beam VIP stateroom can be found on the bridge deck boasting spectacular 180 degree views.

Other star features include a beach club that doubles as a gym, a touch-and-go helipad, and a 2000 square metre swimming pool. For post-party recovery there's even a spa complete with a sauna, Hammam, experiential showers and a plunge pool.

It's no surprise that Tranquility was a finalist for Displacement Motor Yacht Above 75m at the World Superyacht Awards 2015.

Earlier this year, Burgess released new images of the superyacht where Kylie is hosting her 22nd birthday party this weekend. You can take a virtual tour of the full exterior and interior of Tranquilityhere.