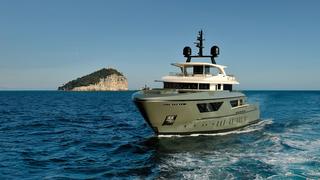 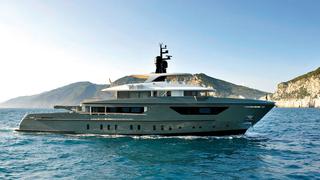 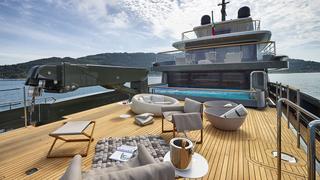 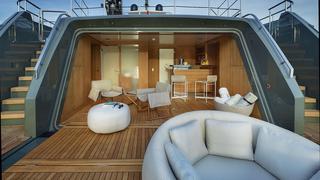 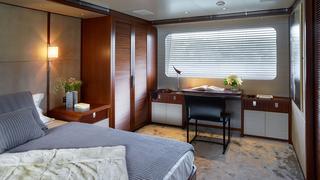 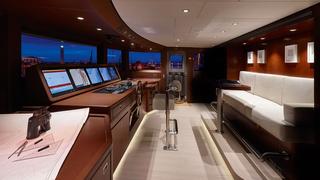 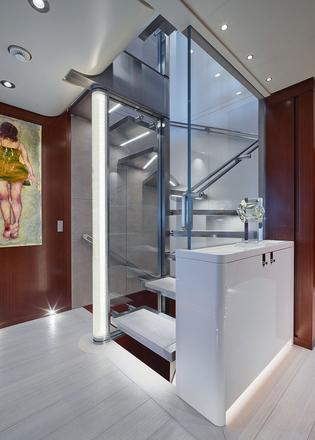 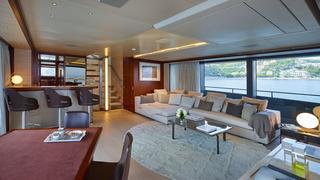 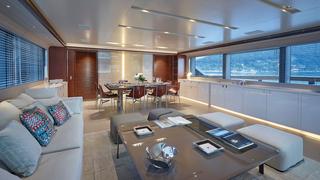 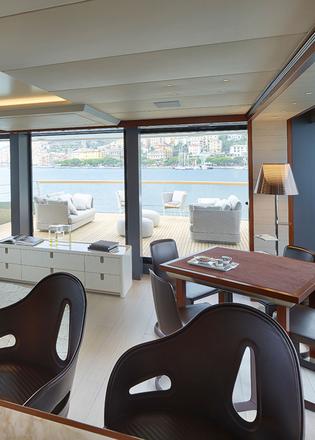 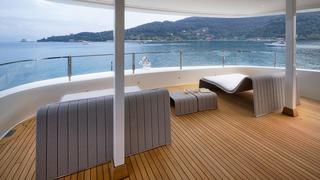 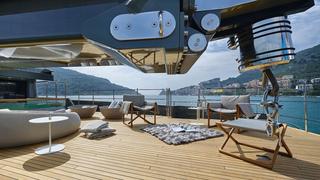 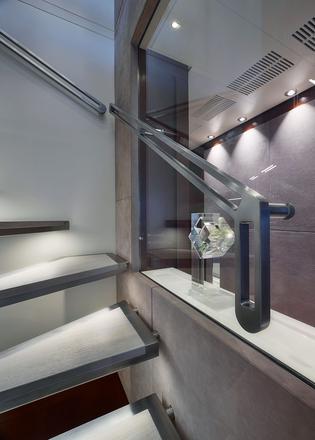 These days it’s not owning a yacht, as such, that matters; it’s what kind of yacht you own. And, now that the financial crisis has passed, wealthy folk are becoming more discriminating again in their tastes and more adventurous in their appetites. Today it’s about owning the right kind of yacht, and, increasingly, this means one capable of exploring the world.

That was the rationale behind Sanlorenzo breaking into the explorer yacht market with the Italian yard’s 460Exp — the 460 refers to its gross tonnage. Boat International Media’s2016 Global Order Book confirms the burgeoning market for owners who want to go further and farther.

The number of expedition yachts in build is up 17 per cent compared with the 2015 book, the biggest increase of any category. Granted, this style of boat makes up only 7.3 per cent of the total new build market, but its gains are apparent when you compare it to the 4.1 per cent share of five years ago.

Whether it’s because yacht owners are becoming more adventurous in what technology and media is making a shrinking world or perhaps those with means are getting more particular about their diversions, Sanlorenzo has picked up on the trend. As Massimo Perotti, chairman of Sanlorenzo, says: “We began to get the perception that our clients were starting to feel the need to get beyond the experiences and sensations they had been used to.”

This certainly describes the client that has bought Sanlorenzo’s first explorer yacht. They are experienced owners who have based their previous yachts in the Med but the 460Exp – which they call Moka – will be their first expedition yacht and they intend to stretch her legs. She has already completed her maiden transatlantic voyage.

In shopping for their next yacht, they looked for boats that could take them on extended trips to expose their children to new places and experiences. “We are an active family with three children and we love to travel to far-off locations,” says the wife half of the owning couple, who live in New York.

“Our days are spent on excursions, learning more about where we are, on hikes, visiting villages, shopping at local markets, touring the coastline by tender and doing lots of water sports.

“We looked for something that we felt represented our family but could not find something that was substantial, rugged, yet luxurious enough for long trips,” she continues. “Then we found the Sanlorenzo explorer. It strikes the perfect balance between design and functionality. The people at Sanlorenzo have put a modern and technological twist on what is considered a working boat. It has the at-home feeling we love about our yacht and it is capable of cruising to the secluded places we dream about.”

Moka’s workboat qualities are obvious at first glance. “We mixed two different worlds,” says Francesco Paszkowski, the Florence-based designer who was responsible for the boat’s exterior styling. “The purpose was to design a luxury yacht while keeping the appearance of a commercial boat, combining safety with maximum comfort.”

With the superstructure shifted forward, the main aft deck is a spectacular space. Its centrepiece is a Chris-Craft Capri 21, in matching livery to the hull’s olive green. A hefty four-ton crane here can lift and stow anything up to 10 metres on this deck. Yet, when cleared at anchor, this space becomes a vast sunning or party deck. That’s the key to this explorer. Yes, she’s got that practical aft deck and high all-weather bow, but this is coupled with plenty of white-boat amenities and Sanlorenzo’s refined style inside and out.

In addition to strong, imposing lines, Paszkowski also included wide glass windows to allow plenty of light and magnificent views, a congenial beach club with a bar and, the pièce de résistance, an infinity pool with contra-jet on the main deck.

The interior design, done in-house by the Sanlorenzo team in conjunction with the owners, is light and modern and eminently liveable. A light-dark contrast of white oak and mahogany is the backdrop for low-slung contemporary furniture, sumptuous carpets and wall panels in exotic materials.

At 42.2 metres, the 460Exp is a manageable size, with a reasonable 2.5 metre draught that won’t exclude it from many anchorages.

From tank to top deck, she has plenty of volume for self-sufficiency. “The amount of space on board is amazing,” says the owner. “There are six cabins so we can bring friends and family on our vacations. Each of us has our own space, which is important on long trips. There are three exterior decks, so we have enough room to carry all the water toys and a large tender. When we are under way, and the decks are packed with all of our toys, the boat still feels very stable. It is a relief to know everyone is comfortable.”

There was enough room to forgo one guest cabin below decks in favour of a gym, still leaving three double cabins and two twins on the lower deck, all with spacious en suites. This is in addition to the main deck master suite, which encompasses his and her bathrooms and a large dressing area.

Moka's main deck master suite has his and hers bathrooms and a large dressing area, while the wheelhouse has an adjacent captain's cabin

“One of the things that makes the layout of the decks special is the way they are distributed,” says the owner. “There is an area to use every moment of the day. Usually we have breakfast in the upper deck saloon, then spend time between the beach club on the swim platform and the huge aft deck. Later in the afternoon we all meet on the sundeck to catch up and relax on the loungers. We’ll have dinner together and watch the sunset. The views of the ocean from the sundeck are truly breathtaking.”

High operational functionality supports long cruises. The crew quarters for six, forward on the lower deck, are generous and the captain’s cabin is ideally situated adjacent to the wheelhouse.

A tank deck gives extra space for laundry and stores, including four refrigerator/freezers. Large pantries on all decks ease service and the crew’s separate staircase nearby to port keeps the flow neatly separate from the guests.

In the engine room, the engineer enjoys a separate control room, not common on 42 metre yachts, and reliable Caterpillar C32s provide a good range of more than 4,000 nautical miles at 11 knots.

The engines, at just over a modest 1,300 horsepower apiece, also offer excellent fuel economy. It is one of the features that earned Moka RINA Green Plus certification, which was another draw for the owners. This is based on the environmental index that scores a yacht on its ability to mitigate 12 pollution sources.

The first 460Exp sold soon after her launch in 2015 and, in the following few months, three more went under contract. The model seems to have garnered worldwide appeal, with the subsequent clients hailing from Mexico and Switzerland, and at least one affirming that he wants to go around the world in his new boat.

"The amount of space on board Moka is amazing. Each of us has our own space, which is important on long trips"

The differences between the first few hulls illustrate the amount of customisation possible. The second hull adds a gym to the top deck and a media room to the lower deck, and instead of the beach club there’s a lazarette and an extra cabin for the engineer aft.

The third hull shows yet more variation, relocating the galley to the lower deck to make room for an oversized master suite on the main and there’s a top deck spa pool in lieu of the swimming pool. Sanlorenzo points out that it’s even possible to have another infinity pool below decks in the space where Moka has a gym and to situate the master suite on the upper deck behind the bridge.

The 460Exp’s initial success bodes well for the Italian builder and confirms Perotti’s instincts. Could there soon be an extended explorer range to match Sanlorenzo’s SL (planing) and SD (semi-displacement) lines? Perotti doesn’t rule it out.

“Today we are dealing with a market that has changed considerably compared to what it was in the two decades before the crisis. Our expert and mature clientele is looking more and more for boats that can fit their special needs. The explorer line represents one of these specific areas of interest.” Watch this space.