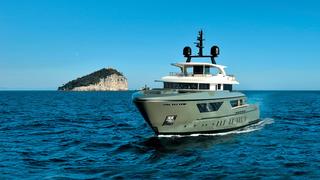 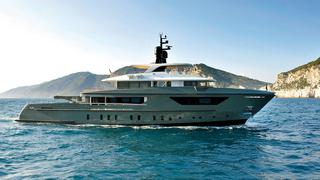 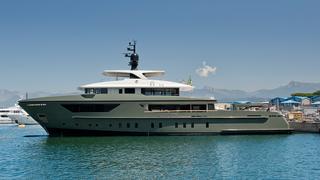 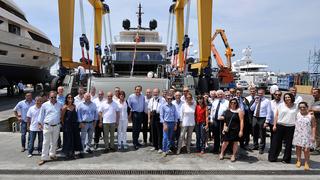 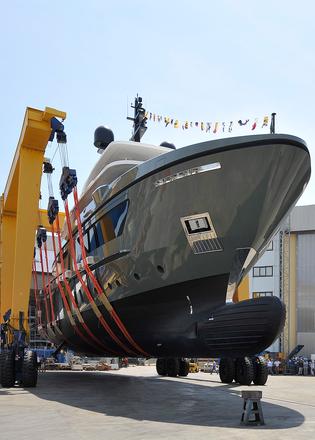 The first 42.8 metre 460Exp explorer yacht Moka has completed her maiden voyage. The Sanlorenzo built yacht completed the 5,600 nautical mile journey from Viareggio to Florida at an average speed of 12.5 knots.

“Following over 5,600 nautical miles of navigation, a month at sea, of which 19 whole days of sailing at the average speed of 12.5 knots, Moka does not show any sign of wear and moreover she has not experienced any serious issue," commented Sanlorenzo on her maiden voyage. "The hull, equipment and machinery have not been affected in the least by the long navigation and unrelenting sea.”

The 460Exp (so named because it is 460 GT) has a displacement steel hull and an aluminium superstructure. Spaciousness on board, safety, and self-sufficiency are the three attributes that define the 460Exp.

Specifically designed for long-range cruising, Moka is fully equipped, offering all the services and the large internal spaces needed to allow the owner to be at sea for prolonged periods.

The 460Exp is classified as “Green Plus” by RINA (Royal Institution of Naval Architects). She is able to remain anchored for long periods of time without having to make use of generators; eliminating emissions, vibration and noise.

Sanlorenzo said the 460Exp's level of self-sufficiency and her cruising stability are higher than any other motoryacht of this size. Moka also has a limited draught and is able to cruise along in shallow waters.

Moka’s superstructure is located further forward than usual, leaving a large stern area on the lower deck that can accommodate a number of tenders and toys up to 9m in length.

At anchor, the large teak deck at the stern becomes a big recreational area, where the owners and guests can sunbathe, enjoy the sea, or swim against the current in the large infinity pool. The stern area also offers a complete beach club, with bar, sauna and a dive space.

The lower deck hosts four large double-bed cabins and a wellness room with a second swimming pool, gym, and sauna with Turkish bath. A large owner’s suite can be found on the main deck.

Twin CAT C32 Acert engines give her a top speed of 16 knots and 50,000-litre fuel tanks mean Moka has a cruising range of over 4000 miles at 11 knots. This means that after fuelling up in the Canary Islands she is more than capable of making the 2700 mile crossing to the Caribbean before the next fuel stop.

Since Moka was launched, four additional 460Exp yachts have been sold and are currently under construction.