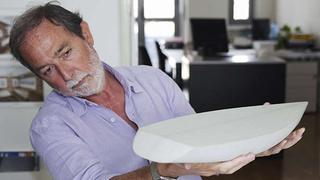 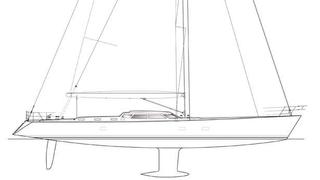 These are busy times for Nauta Yachts. The Milanese studio, headed by Mario Pedol, may be familiar through its work with Southern Wind, but the breadth and scope of the projects the 14-strong team undertakes extends far beyond sleek cruiser-racers around the 30m mark.

Currently under development is a diverse range of projects, including work on 15 new models for the Beneteau Group; a 90m version of Project Light based on the 80m design developed for a Nauta client and engineered by Fincantieri; a 10.5m and a 22.8m tender under the Maori brand; Southern Winds new 102; a 45m expedition yacht, and various other motor and sail projects.

On top of this, the studio has just seen its Baltic 112 S/Y Nilaya launched, while other sailing yachts due to make a splash this year include twin 20m sailing yachts in build at new Italian yard Advanced, the eleventh Southern Wind 100, and the new Southern Winds 110 and 94.

Nauta has collaborated with many top performance designers over the years, mainly Farr and Reichel/Pugh.

We have an excellent reciprocal relationship with them, Pedol explains. We are specialists in aesthetics, styling, and functionality in general on high-performance sailing yachts, and on the other side Farr and Reichel/Pugh can draw on up-to-date science and technology as they are top designers in the grand prix sailing circuit and events such as the Volvo and Americas Cup, meaning they have access to big R&D budgets.

It has worked well for 20 years  we not only have a long-standing knowledge of each other, they also know we can handle the full preliminary project, including the naval architecture if necessary.

However, the Nauta team includes a diverse range of talented designers who are equally at home drawing underwater lines as they are working on exterior styling and interior designs – indeed, the studio formerly used to design and build its own yachts. So when a client approached Nauta with a brief for a new, custom 30m sailing yacht, asking the team to handle everything from the tip of the keel to the top of the mast, it was a project that the studio immediately felt at home with.

‘We’re not just interior designers,’ Pedol adds. ‘Most of the time we do the complete preliminary design from scratch. It’s a way of working that few people realise we do.’

At first glance, the design for the 30m appears to be a traditional, conventional cruising yacht, with a gentle sheerline, aft overhangs and a stem angle that looks as if it was lifted straight from an early 1990s IOR design. In fact, this isn’t a million miles away from reality.

‘The client,’ explains Mario Pedol, ‘owned a Nauta 70, which was our flagship during the period when we were building our own yachts. In fact, the 70 was our first collaboration with Bruce Farr back in 1989, when performance yachts were still being designed to IOR hull shapes.

‘The client is not a fan of modern shapes, plumb bows and the like, so asked us to design a yacht based more on lines from the 1990s, complete with a fairly classic deckhouse. We said that we were happy to produce such a timeless design, as long as we could update it a little bit.’

Using the 28m Desirade as inspiration, Nauta set out to create a design that was reminiscent of late IOR hulls, retaining the trademark overhangs but with no hull distortion. The design work started early in 2007