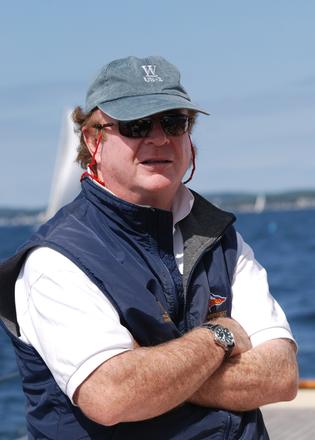 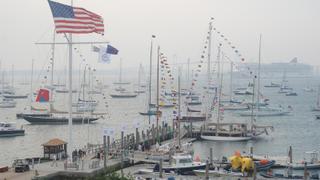 The storied American naval architecture and brokerage firm has a new owner, W-Class creator Donald Tofias. With his passion for classic yachts, it seems fitting that he will carry on the legacy of Sparkman & Stephens and the vision of prolific yacht designer Olin Stephens. He tells Grace Trofa about his plans.

What prompted you to buy this company?

A unique opportunity became available to me to purchase all of Sparkman & Stephens, both the yacht design and the boat brokerage firm. It gave me a chance to recreate the great firm of the 20th century. Sparkman & Stephens was started in the late 1920s and was the powerhouse of yacht design, certainly in the United States. Drake Sparkman was a contemporary of Rod Stephens Sr but both Rod and Olin were in their 20s when they designed Dorade. They merged their desire to design boats with Sparkman’s brokerage capabilities. The first big boat they designed was for Rod Stephens Sr, that was Dorade, which is still sailing and doing well. They went on during the 1930s, 40s and 50s designing major racers and cruisers, power boats and 6 metres. Sparkman & Stephens also dominated the 12 metre design business from the late 1950s through the late 1980s. I felt it was absolutely a name worth preserving and promoting.

Were you in the market to acquire another company?

No, not at all. I have the W-class yacht company which I started twenty-two years ago, our business it to sell boats. This was an opportunity to design boats and sell boats, and an investment opportunity.

How will Sparkman & Stephens and the W-class relate?

We are not combining the two companies. Sparkman & Stephens will be the exclusive agent for all the existing W-class boats and designs and for new designs we intend to create. Right now, in the W-class we have a W76, a W46, a W37 and a W22, these are proven designs, some of which we have in inventory and certainly new boats we can build. We will have our design department create new boats between the 76- and 100-foot range, probably a 90 ft and three or four sizes between 100 and 150 feet. They will be designed by Sparkman & Stephens, marketed by Sparkman & Stephens but they will be known as W-class racing yachts.

Knowing your appreciation/admiration for classic yachts, it’s hard to imagine the spirit of Olin is not somehow part of the equation?

It was definitely a business decision however, I have been reading about Sparkman & Stephens since I was 10 years old. I remember coming to Newport when I was 11 and watching Columbia beat Sceptre in the 1958 America’s Cup. I continued to follow the America’s Cup as I was growing up, from the 1960s through to the 1980s. I admit, I think a lot of it had to do with Olin.

Any plans to honour the legacy of Olin’s designs?

Oh yes, we will. For me the pearl, if you will, of the purchase is the acquisition by myself of the intellectual properties of over 2600 designs. I own them now. Where it will lead is uncertain, right now we are at this beginning stage. I have been at the Spirit of Tradition part of the sailboat industry for 22 years. It is heartening to see that people are continuing to rebuild the classics. One of the areas that I see us growing into is certified Sparkman & Stephens refits or total rebuilds of Sparkman & Stephens boats from the time (in the 1930s through the 1960s) when they were the dominant player in plank on plank wooden boats, the big, fast boats of that era.

There are Sparkman & Stephens boats in need of restoration. We want to make sure that it is done in a way that is historically accurate and with our Sparkman & Stephens stamp of approval. I have no intention of building a boatyard or going into the boat building business but what I intend to do is assist owners in making wise decisions about where to get their boats restored and help direct boatyards to do the right kind of work. There are many Sparkman & Stephens designed boats in northern Europe and in the Western Mediterranean, we want to work closely with the clients so that the work is done properly and therefore able to earn this elusive Sparkman & Stephens certification.

But I also feel there are people who might want a contemporary version of boats like Stormy Weather, or a Black Watch design. Olin and Rod did some beautiful boats in the 1930s and 40s. Bolero is here in Newport, Brilliant is also plank on frame, those are the iconic boats of the 20th century. It is probably more cost effective to build a brand-new boat to original plans than trying to restore an old boat, and that will be a big part of the business.

*Would you build new versions of historic designs using the same materials? *

That’s a possibility, but it is also possible to do this with alternate materials, like cold moulded wood, which is what I have done with most of my W-class boats. Could you take a historic Sparkman & Stephens design and marry that with some of the concepts of Spirit of Tradition? Build boats that look like old boats from the 20s and 30s above the waterline, but with fin keels, bulbs and carbon fibre rigs, and modern hardware on deck? Perhaps, but I don’t know how well that would be received; there are purists who would say that would be sacrilegious, so I would have to tread carefully. But we clearly want to honour the legacy of that library of plans and intellectual property and utilise it in ways that are beneficial to the design and that history.

What about some of the most recent initiatives?

We have a new subsidiary, called Rambler Boat Company, which our chief architect Brendon Abbott helped create for us. He has designed a series of aluminium boats, and I think they show great promise. One is a centre cockpit design in 38ft, 50ft and 80 ft with big outboards. Historically materials for those types of boats were carbon fibre or fibreglass or even cold moulded wood. Aluminium is very easy to work with and a hull can be built very quickly; we are exploring those opportunities.

Long range plan for me, say in the next three to five years would be to have offices in major yachting centres, such as Charleston, Annapolis, Boston. I can also envision offices overseas, starting in Europe with locations in Palma Majorca, Monaco, Amsterdam and London; you need to be near the captains and the owners and also in major cities.