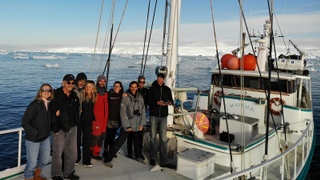 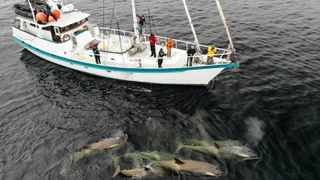 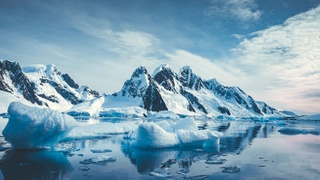 Rare killer whales documented off Antarctica on board 22 metre Australis

A killer whale expert has opened up about his ground-breaking research in Antarctica, which saw a rare species of the animal documented for the first time.

Dr Robert Pitman pioneered the project which saw him, and a team of experts, collect samples from the rare killer whale sub-species in Antarctica earlier this year. The road to success was not without trial however and began more than 17 years ago when Dr Pitman first encountered the species on a research trip off the coast of New Zealand.

The whale, which is now known as the Type-D orca, is distinctive from its iconic cousins by smaller, rounder heads, longer dorsal fins and small white eye patches. Sightings of these rare creatures have been documented as far back as 1955 when a group of similarly “strange-looking” whales were reported stranded off the coast of Paraparaumu, New Zealand.

The latest ground-breaking research trip into the species began in 2005 when Dr Pitman attended a killer whale workshop in Seattle and was approached by a fisherman clutching a handful of photographs.

“He asked me about this funny looking group of whales that had been eating fish off the lines,” Dr Pitman recalled. “He showed me the photos and there I was looking at the New Zealand killer whales – I basically fell over.”

For the next five years, Dr Pitman and his team worked tirelessly to collect photos from six other reported sightings of the orca and published research in the scientific journal Polar Biology.

The sightings all had one thing in common. “The whales had been found all over Antarctica but not in the colder waters,” Dr Pitman explained, “that made them different from all the other killer whales that we were working with.”

With his research proving fruitful, Dr Pitman was considering how to fund a trip to Antarctica when he was contacted by adventure specialist Cookson Adventures. The company had been approached by a client interested in funding killer whale research as part of their trip to the Antarctica Peninsula. Would Dr Pitman be interested in leading the project?

“I said I know where I want to go - I need a boat, three weeks and team of five with me. They got back to me a couple of weeks later and said let’s go for it.”

Cookson set about enlisting the help of captain Ben Wallis, who has conducted more than 200 trips to Antarctica on board his 22-metre motor-sailer Australis.

After disembarking from the most southerly tip of Argentina, Australis headed towards a location provided by local fishermen. The coordinates marked the spot where the whales were last seen eating fish from the lines. But then bad luck struck. After one day of clear weather and no sightings, the conditions turned, forcing the research team to spend more than a week at anchor. “We spend eight days in huge winds down by Cape Horn,” Dr Pitman recalled.

Finally, a break in the weather gave the team the opportunity they were after. “More than 17 years from the first sighting – there they were - right where the fishermen told us to look," Dr Pitman said. “They turned out to be quite friendly and I realised it must be because they spend a lot of time feeding from the boats. They were happy just to roll over and look up at us.”

During two successful encounters, the research team were able to take samples from the whales using darts fired from a small crossbow. “The darts scoop out blubber and tissue the size of a pencil eraser,” Dr Pitman explained, “the whales completely ignore it.”

The results will allow scientists to unravel the secrets of the Type-D orca, providing definitive answers on the genetic make-up of the animal, as well as diet, movement patterns and diving capabilities. The samples, which are due to be analysed by a killer whale geneticist in the US, will “hold the key to determining whether Type D represents a distinct species of killer whale,” Pitman explained.

Following the successful encounters with the whales, Dr Pitman met with the client who funded the research through Cookson and gave a presentation on the trip. Two weeks later, the client joined Dr Pitman to visit the location where the whales had been sighted. The team struck lucky again. One of the whales was even bold enough to dive beneath the client’s boat and kill a seal in plain sight. “The client was very excited to be part of our discovery and the ability to collect the samples, “Dr Pitman says. “Everything about this trip turned out perfect,” he adds, “it all landed jelly side up.”

Tom Hutton, director of operations at Cookson Adventures, will discuss the trip during the When Owners Become Explorers session at the 2019 BOAT International Ocean Talks on Wednesday 12th June.