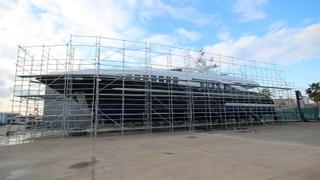 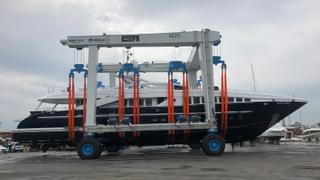 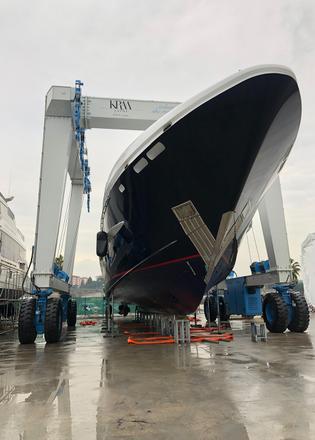 Heesen superyacht Let it Be M has arrived at KRM for a winter refit.

The 38 metre yacht arrived at the Turkish refit yard on December 28 and was lifted onto the hard on December 30 to undertake an extensive list of works.

These include the repainting of the hull and superstructure, repairing and renewing of the teak deck, various electrical system upgrades and all system maintenance. The hydraulic transom door will also be repaired.

The yacht arrived at the Turkish refit yard on December 28

The refitted Let it Be M is scheduled to be delivered in the last week of May.

Delivered in 2005, Let it Be M was built from an aluminium hull and superstructure and features an exterior and interior design by Omega Architects. She features a 7.12 metre beam, 2.2 metre draught and accommodates a total of 12 guests and six crew members.

Other refit projects underway at the Turkish yard include the 32 metre Sanlorenzo superyacht Polar Star.

LET IT BE M