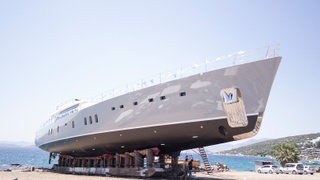 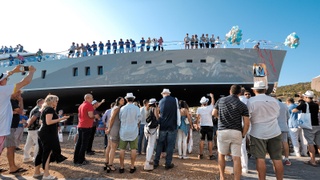 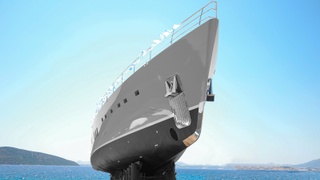 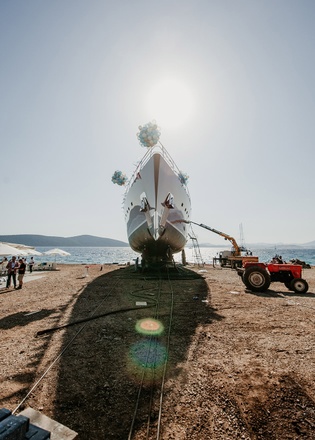 50 metre sailing yacht All About U 2 launched in Turkey

The 50 metre sailing yacht sistership to All About U has been launched.

Built from a steel hull and aluminium superstructure, All About U 2 was designed by Ginton Naval Architects and built by Ada Yacht Works in Turkey.

Accommodation is for a total of 12 guests in six cabins while the staff quarters allow for a crew of four. The yacht comes packed with a number of water toys and tenders including Seabobs and paddleboards.

Other features include a sundeck bar and open plan beach club, which is revealed by a folding transom.

The interior meanwhile is decorated in grey, orange and brown accents for a “contemporary” living space. Large windows flood the interior with natural light while the formal dining area is positioned forward with seats for up to 12 guests.

The yacht will now be chartered in Greece and Turkey

The yacht will have a top speed of 14.5 knots with power coming from two 800hp Caterpillar C-18 Acert diesel engines.

All About U 2 will now undergo sea trials ahead of delivery this summer. Following delivery, she will be managed for charter by Turk Yacht in the Turkish and Greek waters. All About U 2 remains listed for sale at Fraser for an asking price of €19,500,000.