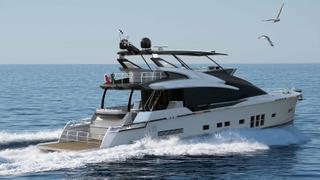 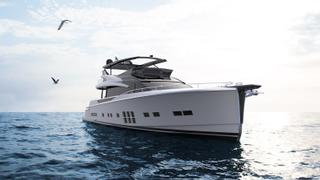 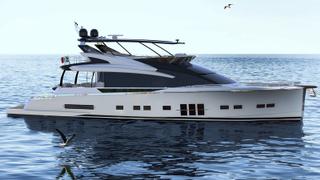 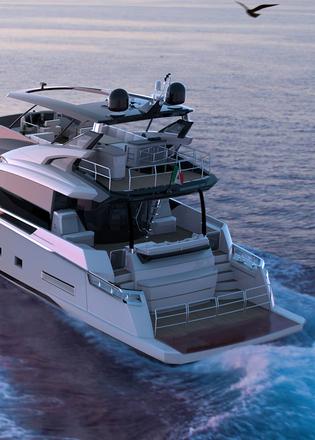 The Adler range of carbon fibre hybrid yachts is set to expand after the yard released details of its new 25.25 metre flagship, the Adler SupremaX.

Built on speculation at Cantiere Alto Adriatico, this RINA-classed fast planing yacht will be styled inside and out by Nuvolari Lenard.

Speaking at the recent Fort Lauderdale International Boat Show, yard CEO Philipp Pototschnik told Boat International: “This boat is in production, we have built the superstructure already and we plan to sail in 2019. We want to keep the carbon fibre for this size because you lose a lot of weight, you gain a lot of stiffness, and also you have a very nice looking touch.”

Hinting at even larger Adler models in future, he added: "We're not going to stop with an 82[foot yacht]."

Accommodation on board the SupremaX is for up to eight guests, all situated on the lower deck and split between four en-suite cabins including a full-beam amidships owner’s cabin. A VIP double in the bows and two convertible twin cabins back aft complete the guest layout, while the crew quarters is accessible via the cockpit and allows for a staff of two people.

Take a closer look at the Adler SupremaX yacht

Key features include a large swim platform with two short flights of stairs to port and starboard that lead up to the sheltered cockpit, which is ideal for a light meal with its built-in bench seating, coffee tables and armchairs. Moving inside and the circular dining table can comfortable host up to six guests at once, while the adjacent saloon boasts an L-shaped sofa and a projector screen.

Further forward lies the galley, dayhead and a staircase leading up to the superyacht sundeck. This is likely to be the Adler SupremaX’s social hub with a bar area and extensive seating, all protected by a carbon fibre bimini. A generous storage area back aft allows a Jet Ski or a second tender to be carried on board as well.