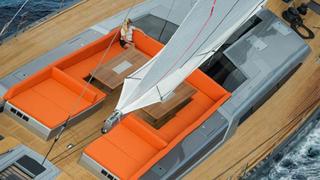 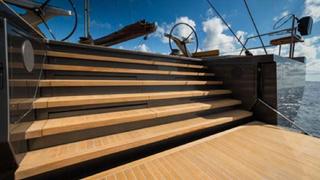 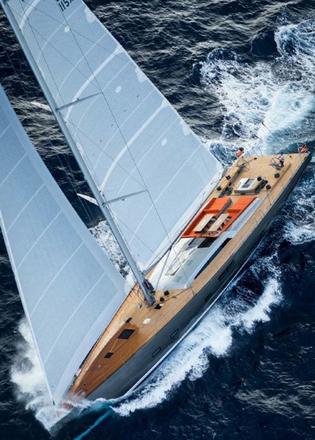 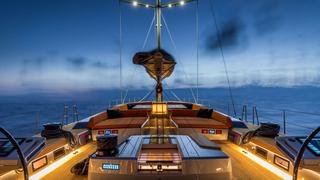 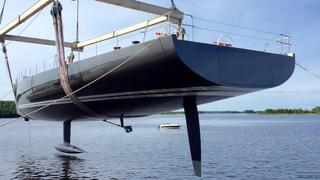 The newly launched Baltic 115 Nikata has completed successful sea trials and recently arrived in the Caribbean. During her maiden transatlantic passage the 35 metre sailing yacht reached an impressive 28 knots.

Nikata is designed for both cruising and racing. The transom opens out to reveal a swimming and boarding area.

Nikata is designed as a fast, comfortable family cruising yacht, however high precision engineering means_ _she can also perform on the race course as per the client’s specific brief.

The custom built yacht was launched just weeks after the arrival of the last collaboration between this designer and yard dream team, the super car-inspired Baltic 116 Doryan.

Nikata's fierce looks are backed up in her competitive performance, as she is designed to hold her own on the superyacht regatta circuit, attributed in part to a powerful sail plan: she carries 395 square metres of mainsail, a 280sqm genoa and a 940sqm gennaker.

She is also extremely stable thanks to her 7.9 metre wide transom. The 33 ton bulb lifting keel, that goes from 3.65 metres to 5.85 metres, should make Nikata competitive upwind when it is fully lowered.

Interior design, also by Nauta, follows the race-cruiser brief with lightweight furnishings and composite panels covered with thin veneers for further weight savings. The motif is simple and clean, with oak woods and light coloured linens. Nikata can accommodate eight in an owner’s cabin, one VIP cabin and two guest cabins, with three cabins for crew.

The transom of Nikata is a key feature, opening up to present a wide swimming and boarding area with steps providing easy access to the cockpit.

Nikata will now be made race ready for the start of the Royal Ocean Racing Club’s Caribbean 600 regatta in February.