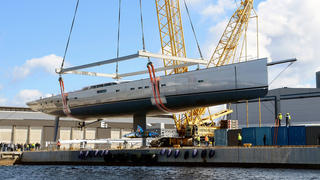 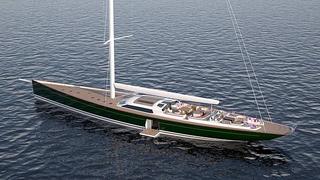 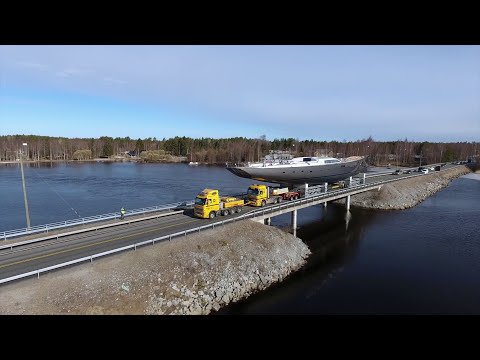 Commissioned by yard owner Hans Georg Näder, who has built all six Pink Gin yachts with Baltic, this single-masted sailing yacht has been four years in development. As this new image shows, her keel bulb has been painted to resemble a shark.

Delivery is scheduled for before the end of the year, at which point Pink Gin VI will become the second largest yacht in the Baltic fleet, behind the 66.87 metre Hetairos, and one of the top 50 largest sailing yachts in the world.

First announced in the 2013 Global Order Book as the Baltic 170, Pink Gin VI was built from a carbon-sandwich construction method. This impressive sloop is designed by Judel/Vrolijk & Co, and Spaniard Oscar Vallejo will captain the yacht during her debut season.

Her vertical bow has been fitted with a bowsprit, her lifting keel allows the draft to be lowered from seven metres to 4.5 metres and her towering mast measures 67 metres tall.

The cockpit was designed in cooperation with interior designer, Design Unlimited, and the owner. It is divided into three zones, one with a freestanding dining area with direct access to the galley, one for the navigation area and one for relaxation set aft.

The interior will accommodate 14 guests in seven cabins including a full-beam owner suite forward with a private superyacht balcony — a feature rarely seen on a sailing yacht.

Other superyacht projects currently under development at the Finnish yard include the first Baltic 78 motor yacht, the 25.91 metre Baltic 85 Custom, the 34.14 metre Baltic 112 Custom and the 43.28 metre Baltic 142 Custom.