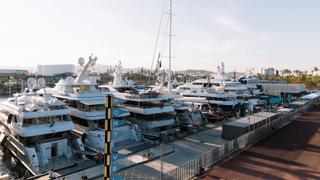 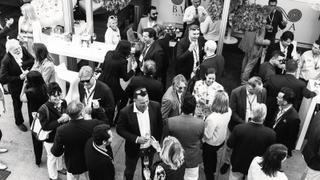 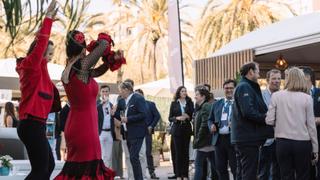 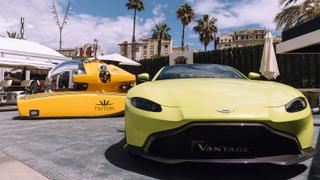 Book it now: The Superyacht Show 2019

The Superyacht Show, the premier superyacht event that puts customers at its heart, will be held this May in Barcelona following its inaugural success last year.

The second edition of the show, which take place at OneOcean Port Vell marina from 8 to 11 May, will build on 2018, when €770 million worth of yachts up to 82 metres appeared, with total LOA reaching 1.2km. The total value of yachts on display sold last year was €383 million.

Large Yacht Brokers Association (LYBRA) members Northrop & Johnson, IYC, Ocean Independence, Y.CO, Burgess, Edmiston, Fraser, Merle Wood & Associates and Yachtzoo are behind the successful event, and their aim is that it will be recognised as the most customer-centric and enjoyable superyacht show in the world, attracting the highest quality yachts and yachting companies, the most prestigious partners and luxury brands, and the most discerning visitors, buyers and brokers.

A sample of boats confirmed so far includes the 82-metre Secret built by Abeking & Rasmussen, 68-metre Nobiskrug Triple Seven and 67-metre Feadship Anna I; others will be added in the coming weeks.

Barcelona will be buzzing during the show, as the city will play host to the Formula 1 Spanish Grand Prix at the same time. Visitors to The Superyacht Show will be able to take advantage of guest privileges at the Mandarin Oriental, Barcelona and make a real weekend of it. Luxury partners include Aston Martin, Boutsen Design, BWA Yachting, Mandarin Oriental, Bulgari, the Financial Times, Boat International Media and Breed Media.

Once again, the private OneOcean Port Vell marina will play host, as part of a three-year partnership deal.

Raphael Sauleau, president of LYBRA, says: “OneOcean Port Vell offers some of the best facilities and services in the region to cater for this kind of event.”

Ignacio Erroz, general manager of OneOcean Port Vell, adds: “Hosting The Superyacht Show for the next three years is an exciting announcement for OneOcean Port Vell, and one that will enable us to showcase the marina’s outstanding beauty and extensive facilities catering to superyachts, while also cementing Barcelona’s status as a key yachting destination in the Mediterranean.”

Yacht registration is open and tickets are available at thesuperyachtshow.com

LYBRA is a trade association for superyacht brokerage companies with a fleet of central agency yachts over 30 metres. It aims to bring the biggest companies together to discuss current issues and to address the future of the superyacht industry. LYBRA’s intention is to give large yacht companies the ability to speak as one voice on issues that affect them, and to maintain one common policy for owners and purchase or charter clients. The Superyacht Show is one of several ways in which LYBRA aims to be a positive driver of change and improvements in the global industry. lybra.org