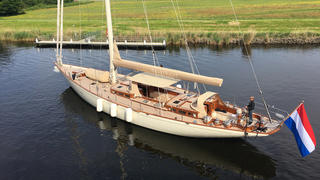 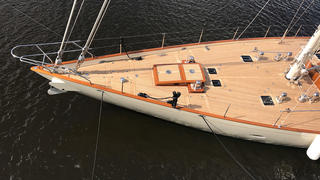 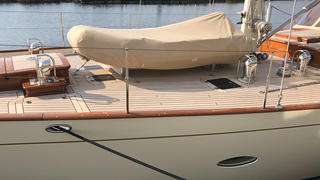 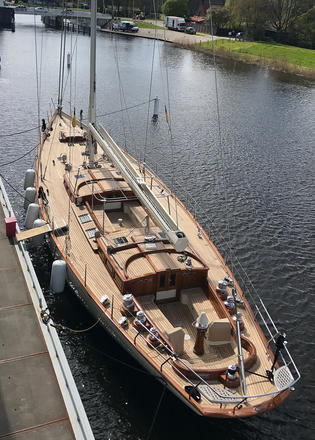 The 24 metre Claasen sailing yacht Heartbeat has been relaunched in the Netherlands after completing her latest refit at Royal Huisman’s Vollenhove facility.

Built to a design by Hoek Naval Architects and first launched in 2007, Heartbeat has been a regular visitor to Royal Huisman with three refits carried out at the yard in the past ten years. A series of technical updates have helped keep her in regatta-ready condition, as evidenced by Heartbeat winning her class at the 2013 and 2014 Superyacht Cup Palma.

Other changes carried out at Royal Huisman included a complete relocation of the owner’s cabin, which was initially located in the aft, but has now been moved to the bow. Two twin rooms and a double room bring her total guest accommodation to ten, while the crew quarters allows for a staff of two.

The yard adds that all three of Heartbeat’s refits have been managed by yacht management firm Dutch Maritime Partners, and as these post-refit photos show, her deck layout includes storage space for a tender on the bow.

Take a closer look at the Claasen sailing yacht Heartbeat

Auxiliary power comes from a single 200hp Lugger diesel engine drawing on a total fuel capacity of 2,300 litres. Heartbeat’s vital statistics include a beam of 5.62 metres, a maximum draught of 2.8 metres and a total displacement of 50 tonnes.

Other superyacht refit projects recently completed by the Dutch yard include the 32 metre Royal Huisman sailing yacht Gliss, which has been given a new exterior colour scheme. Looking further ahead and the 51.59 metre ketch Meteor has already booked in for a winter 2017-18 refit at Royal Huisman.