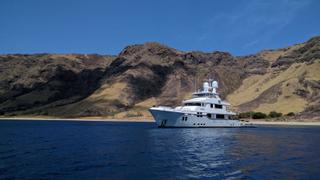 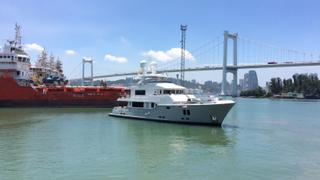 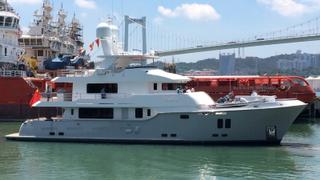 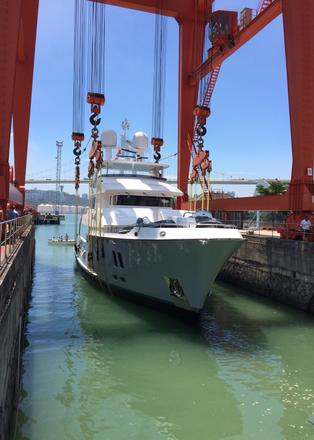 The 29.56 metre explorer yacht VivieRae has been delivered, her builder Nordhavn has confirmed.

The third hull in the Nordhavn 96 series, she follows on from Macguffin, which was launched in 2015, and Lacey Kay — a 2016 launch for the yard. VivieRae hit the water for the first time in May 2017 and following the recent handover her owner has set off to explore Indonesia.

VivieRae has been fitted with a large hardtop Bimini, offering shade to guests relaxing on the superyacht sundeck. Other key features include a shaded aft cockpit and a smart grey hull finish. Accommodation is for eight guests split between four cabins, while the crew quarters allows for a total staff of up to five people.

The exterior lines and naval architecture of the Nordhavn 96 series of compact explorer yachts was developed in-house and the 7.32 metre beam allows for a total interior volume of 199GT.

Take a closer look at the Nordhavn motor yacht VivieRae

Power comes from a pair of 454hp Caterpillar C18 ACERT diesel engines for a top speed of 12 knots. When trimmed back to 9.5 knots, VivieRae will have a maximum cruising range of 3,000 nautical miles, drawing on a total fuel reserve of more than 26,000 litres.

Other superyacht projects currently under development at the yard include the fourth hull in the series, Nordhavn 9615, which is also due for completion this year.