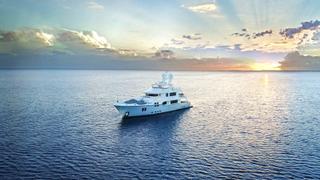 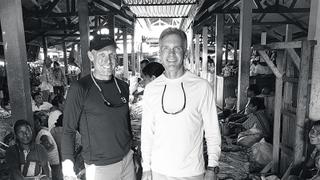 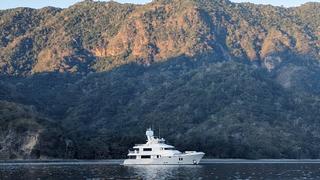 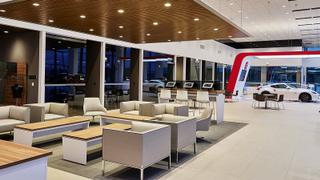 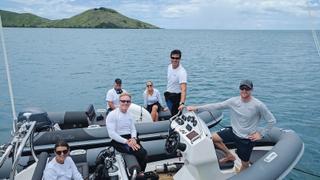 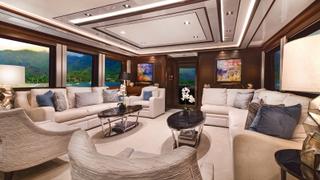 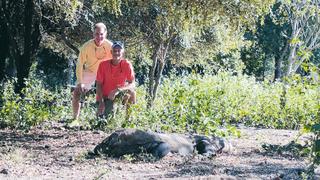 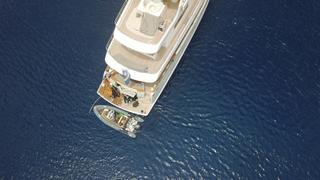 On board with Bob Giles, owner of 30m Nordhavn VivieRae

The Giles Automotive Group CEO and superyacht owner Bob Giles tells Cécile Gauert how his Nordhavn expedition yacht VivieRae is more than a match for his adventurous side...

In the first boating experience he remembers, Bob Giles hit rock bottom, quite literally. “My dad had an Owens runabout, kind of like an old Chris-Craft. We lived in Houston and he had the boat in Galveston Bay. He ran over something and I noticed the boat filling up with water. He had to run it up on the beach, and that’s my first memory,” Giles says.

It was a somewhat inauspicious start to a lifelong love of boating and of the water, which Giles took to a whole new level when he got into expedition yachts four years ago.

His newest boat, VivieRae, a 29.6 metre Nordhavn, took her sweet time reaching Dana Point, California, from Xiamen, China where she was built and floated. And that’s the way he wanted it. The shakedown cruise alone was around 2,800 nautical miles to Bali, and in its first six months the explorer logged about as many miles as his previous VivieRae, a 26 metre Nordhavn, did in three years – around 21,000 nautical miles.

“He is by far the most active owner I have seen, he is always planning his next trip,” says Trever Smith, Nordhavn’s project manager on VivieRae. “Twenty thousand nautical miles in 10 months, it’s insane.” He says it approvingly, adding, “The big superyachts don’t do that.”

Bob Giles, in his day job, is CEO of the Giles Automotive Group, a new and used car dealer in Louisiana with about 200 employees and $140 million in sales – that’s after he scaled back from running 15 dealerships, including Nissan, Subaru and Volvo, across the US. His grandfathers and his father all had car dealerships in Texas, and he began working in the family business, washing cars for his dad, when he was 11 years old. When he decided to follow in his family’s footsteps, he enrolled at Texas A&M University, where he earned a degree in accounting.

I meet him in Lafayette, Louisiana, where he lives and works. The dealership, a squeaky-clean group of grey buildings behind palm trees, is at the intersection of two busy roads. Although we’ve never met, I recognise him immediately when he comes out of his office to greet me. His life-size picture stands among the shiny new cars on the rutilant floor of the showroom, and the trim and youthful-looking man standing in front of me has the same engaging smile. I follow him as he walks briskly to his office, a room with solid, carved wood furniture and a desk large enough to handle a heavy load of responsibilities.

Clean-shaven, well-dressed and sitting in front of three computer screens, Giles does not look the archetypal adventurer – he is neither Crocodile Dundee, nor Indiana Jones – but I soon find out that he loves nothing better than to trade his sport jacket for sport gear, preferably a wetsuit and scuba tanks. I am curious to find out how this disciplined businessman with a good head for numbers became so adventurous.

“I’ve always been this way. I like pushing the limits,” he says. He was young when he learned how to ski and, perhaps not unexpectedly for someone who makes a living selling cars, he likes driving fast cars – he even drove a McLaren around Lafayette for a time – but many of his early adventures revolved around the water and boating. He was right out of college when he bought his first boat, a luxury he was able to afford by working every day, six days a week for his father, and the seventh as a dive instructor. “I loved diving and it helped me pay for the boat.” He often ran the 6.7 metre boat to the Flower Garden Banks National Marine Sanctuary miles off the Texas coast to go diving. “It was kind of crazy, looking back on it.”

He says his wife Sandy tells him he is missing the gene for fear; this appears to have served him well in business. He was 26 and working at his father’s Volkswagen dealership in Houston when he decided to approach Volkswagen about becoming one of its dealers in the US. “I can’t believe I thought they would consider it,” he says, but they told him about a location available in Lafayette, and with financial backing from his father and uncle, he set out to start his own business, moving everything he owned from Texas in a U-Haul truck. He arrived in what is now his hometown in February 1982, on his 28th birthday.

He remembers it well, in part because the city’s people made him feel so welcome. “By chance I ended up in Lafayette, which is one of the friendliest, most welcoming places in the world,” he says. He settled in quickly, opened his first dealership in April, met Sandy and they got married.

The way the city adopted him so readily is one of the reasons he started Giles Gives Back, which supports local community organisations. He lists the charities and causes they’ve supported over the years. He likes to be creative about his gift-giving. In 2009, he sold 99-cent-a-gallon petrol, a quarter of the price of petrol at the time, from a 45,000 litre petrol tank at this new dealership, taking turns at the pump as cars lined up for miles from 6.30 in the morning until after 11 that evening. He donated all proceeds to a local outreach programme. He got plenty of press coverage for this good deed – and marketing points.

As much as he loves his hometown, however, he’s always wandered away. By his early 30s, he owned a used, single engine, long-range Roughwater trawler. “You would think a 32-year-old would want some kind of speed boat, but I wanted something that could go long distances. I would go 100 miles offshore at eight knots. I’d leave on a Friday after work and come back on Sunday night. I ended up taking this boat from Louisiana to the Virgin Islands and left it down there and eventually sold it.”

He had several sportfisher boats before he began to think about stepping into something much larger. His 60th birthday was two years in the future when he decided to start looking for a bigger boat, something around 33 to 36 metres. It was a broker who talked him into looking at a 26 metre Nordhavn, which he thought would be too small based on length alone. He was very impressed but not ready to buy. However, he agreed to charter the boat for a few days around Martha’s Vineyard, to see what it would be like.

“My wife had always wanted to go there, and so I figured, ‘OK, well, we can accomplish two things. She can take one thing off her bucket list, and we have an opportunity to see what it would be like to own a boat like this’,” he says. “I’ll never forget that day – we were coming in back to the marina, the boat had a really nice sunpad on the top deck, and it was a beautiful day, it was July, so the weather was perfect. And my wife looked at me and said, ‘Are you going to buy it?’ I almost fell off the boat.”

He got Sandy to commit to one week a month on the boat and he rewarded her with naming rights. “I was trying to come up with a name, and I had this list of very masculine names, like El Toro, and all this kind of stuff.” Sandy had another idea: they named the boat VivieRae, after their granddaughter.

The step to the bigger Nordhavn also came a bit sooner than he expected. His long-time captain got him thinking about it, but the tipping point was when his broker told him he had an offer for his boat. “The deal never came through but at that point I said, ‘What the heck, this is going to take two or three years to build; I’ll put the other one on the market and sell it and go ahead and build the 96 [29 metre].’”

With the first VivieRae, which he did end up selling, he had explored the Bahamas, the Caribbean, South and Central America and crossed the Panama Canal, but he wanted to reach remote areas of the world.

During the construction of the new VivieRae, he made frequent trips to Xiamen, usually weekend trips, and when the boat splashed, they headed straight from there.

He had a list of places he wanted to see and top of the list were the Great Barrier Reef and the Tuamotus. The Great Barrier Reef disappointed him and what turned out to be his favourite so far is Indonesia. “We all agreed that Indonesia was the most incredible destination that we could have imagined,” he says. “The geography was beautiful, the people were incredible and the diving was spectacular.”

One afternoon, a group of kids approached the boat in dugout canoes. The children were invited on board, but were very reluctant. Eventually with some coaxing, they became more confident. They sipped some Coke, probably the first refrigerated drink they’d ever had, peeked into the engine room and ended up jumping off the boat’s tall bow all afternoon.

The translator on board had heard the children talking about a wedding, to which Giles and crew were invited. When the boat party reached the village sometime later, they discovered eight wedding parties going on all at once. “It was a village of maybe 200 people with no running water, no power, no floors in the homes, but they wanted to share their drinks and their food. How do you say no? So, there I was, eating I don’t even know what – I think it was pig – and drinking whatever they had. They were so friendly,” he says.

The Tuamotus also made the top of Giles’s list because of the diving. One night, he followed a guide to a pass known as a shark hangout. In the dark, torches offer limited visibility and soon he began wondering about the sharks he could not see behind him. Already unnerved, he became worried when the sharks began fighting over a fish, bumping into each other and against a column of coral with such force that they broke it off. “The hair on the back of my neck went straight up,” he says. When, 45 minutes into the dive, the guide signalled to go up, he was relieved. However, back in his office, among familiar surroundings, he doesn’t hesitate when I ask if he’d do it again. “That was a wonderful experience,” he says.

He already has upcoming trips planned and is keeping a spreadsheet of destinations and available dates when friends can join him. The miles are sure to keep going up, but who is counting? Adventure is not a numbers game.