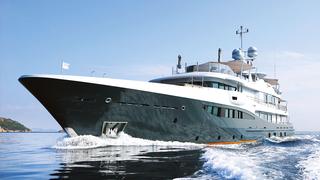 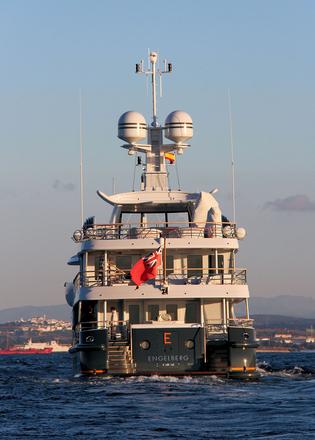 Six Cuban migrants have been rescued by the 55 metre Amels superyacht Gene Machine. The yacht encountered the six men drifting in a tiny boat on February 26 and called the US Coast Guard, before waiting with the men until assistance arrived.

The men said they had broken down and had been adrift for six days. They had seen a number of passing vessels but none had seen them or realised they were in distress.

The 55 metre Amels was approximately 25 nautical miles off the coast of Miami, on route from Dania Cut shipyard in Florida to St Thomas in the US Virgin Islands, when the watch officer noticed a strange light and called the Captain, who gave the call to change course and investigate.

Gene Machine’s captain, Fraser Gow, told Dockwalk: “Normally I am very apprehensive about getting too close to other people and bothering them, especially in crowded anchorages, however this still didn’t look right. We lit them up with our spotlights and zoned in our FLIR (forward looking infra red) camera on the small craft, and counted six adult males, none of who were wearing life jackets.”

While they waited for the US Coast Guard to arrive, the crew of Gene Machine threw the men some water and told them assistance was on the way. “This wasn’t really what they wanted to hear,” said Gow, “as they knew that once the Coast Guard arrived they would be picked up and shipped back to Cuba.”

The United States operates a ‘wet foot, dry foot’ policy, whereby if a Cuban national makes it to dry land then they are permitted to stay, but if they are stopped on route then they are sent back to Cuba. By calling the Coast Guard the crew had “crushed any hopes the migrants had of making it to the shores of Florida” added Gow. “On the other hand, myself and my crew have potentially saved their lives by reporting them.”

The 55 metre Gene Machine, built as Engelberg, was the first Amels Limited Editions 180 to be built, and combines a family home with high-tech office. She was sold in May 2015.

There are many stories of migrants making dangerous journeys all around the world, and this is not the first time that a yacht has been involved in rescuing a boat in distress.

In October 2015 a boat of Israeli tourists rescued 11 refugees from drowning as they tried to make the journey from Turkey to Greece. Just a few weeks later, more than 300 refugees were discovered hidden on a 30 metre yacht that ran aground off the island of Lesbos, Greece.

Hundreds of refugees found on luxury yacht in Lesbos

Video: yacht rescues 11 refugees from drowning in the Mediterranean