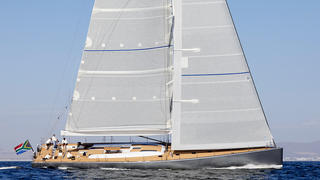 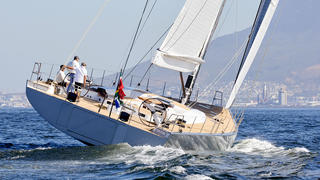 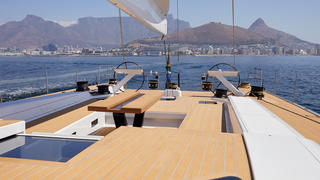 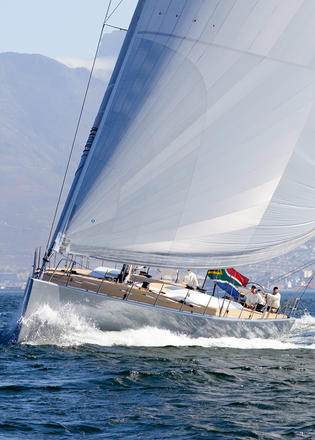 Willy Persico, founder and CEO of Southern Wind, explained that the owner asked for “a very fast yacht with the comfort and safety standards typical of a cruising yacht but versatile enough for both fast cruises with family and excellent performance in the most renowned offshore and inshore superyacht regattas”.

SW-RP90 features a 6.96 metre beam as well as a lifting keel, which means that her draft can be reduced from 5.8 metres to 3.8 metres, making shallow anchorages more easily accessible without deploying the tender. Key features include a detachable bowsprit that can reduce the LOA to 26.5 metres.

Accommodation on board is for six guests in three en-suite cabins. The owner’s suite includes a superyacht office with a convertible settee that can increase the capacity to eight guests. The separate aft crew quarters allow for a staff of up to four, however, her ergonomic deck layout means that long voyages at sea can be handled with even fewer crew.

Speaking after her sea trials, Marco Alberti, general manager and technical director at Southern Wind Shipyard, said, "We used cruising sails and still effortlessly recorded speeds in excess of 18 knots. The owner and captain were really pleased with the performance, as we were too.”

Other projects currently under development at the South African yard, which recently celebrated its 25th anniversary at the Southern Wind Capri regatta, include the SW96 and SW105 cruiser racers.