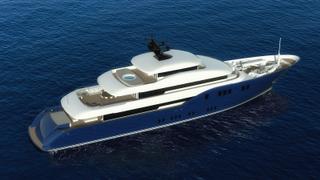 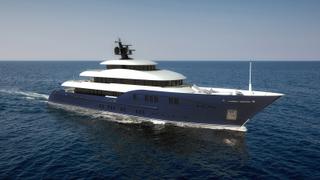 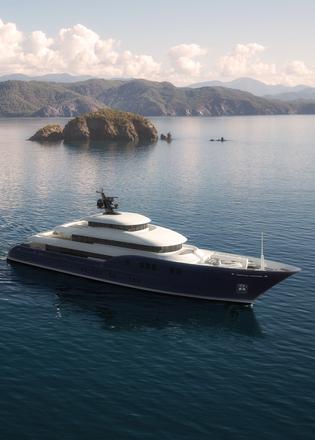 Dutch naval architecture studio Diana Yacht Design has released full details of its 55 metre superyacht concept Bluebird, which is described as a "family home on the seas".

Creative director Hans-Maarten Bais explained that the design was created to consolidate the lessons learned from the past decade of his ownership of the studio, which was founded back in 1971. “It is time to look back at the past, see what we did and to make plans for the next decade,” he added.

Take a closer look at the 55 metre superyacht concept Bluebird

The brief was for an exploration-ready motor yacht that includes plenty of open deck spaces and is equally well suited to family holidays as well as chartering. The resultant tri-deck design strikes a fine balance between curved superstructure elements and straight, purposeful lines, with the superstructure positioned relatively far forward to enhance the explorer yacht aesthetic and free up more aft deck space.

The flexible layout continues the theme of family living, with private access between the bridge deck owner's suite and two main-deck twin rooms, which would be reserved for the owners children and a nanny or tutor. This entire area can be closed off and used as a private children's area when the owners are hosting a party on the aft decks.

The owner's deck itself is an impressive space, with 180-degree views out to sea and a private gymnasium. Four further guest cabins, situated on the lower deck, give Project Bluebird considerable charter yacht potential.

The designers were also keen to maximise the views when facing aft. For this reason, all of the toys and tenders would be stored on the foredeck and the main deck saloon would feature sliding glass doors stretching from the floor to the ceiling. Other key features include a superyacht beach club, an on-board cinema area and space for up to 14 crewmembers.

Power would come from a pair of Caterpillar C32 engines for a top speed of 15 knots and a cruising range of 4,000 nautical miles when trimmed back to 12 knots. Vital statistics include a ten metre beam and a maximum draught of 3.1 metres, while the length can be adjusted to as little as 50 metres or as much as 60 metres, depending on the client's requirements.

Although no interior renderings of Project Bluebird have been released as yet, the studio argues that it is more rewarding when one team works up both the interior and the exterior of a yacht. For this reason, Diana Yacht Design has now set up a dedicated in-house team, including former Young Designer of the Year finalist Casper Marelis, who will focus on developing fully-fledged superyacht concepts.

Other superyacht projects currently under development at the Dutch studio include the 44 metre Project Orca, which is due to hit the water at Turkish yard Tansu Yachts before the end of the year.