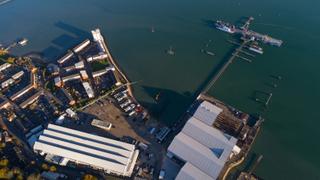 The expansion plans were originally disclosed at the 2017 Cannes Yachting Festival, but the full details only emerged last week (December 1). The site, which will open in late summer 2018, covers an area of 20,000 square metres and will be used to build boats over 18.29 metres.

Russell Currie, managing director of Fairline Yachts, explained the rationale behind the move, saying: “As the global yachting market evolves, clients from across the world are increasingly demanding larger yachts than we’ve been able to create.”

The new site, which includes land previously occupied by the now-defunct Green Marine, will be named Fairline Marine Park. It will boast state-of-the-art facilities for testing, commissioning and handover, including 18,000 square metres of undercover manufacturing space. Fairline estimates that the development will create an initial 200 jobs.

Based in the Northamptonshire town of Oundle, where the construction of models under 18 metres will continue, Fairline’s largest yacht to date is the 25.2 metre Blue Dream.

The construction of larger yachts has been limited by the inland location of its headquarters, which made transporting and launching large hulls problematic. The new facility provides the yard with the opportunity to build over 25 metres, but details of future models are as yet undisclosed.

The yard ran into financial difficulties in late 2015, but was revived by Russian investors in 2016 and has since teamed up with Italian designer Alberto Mancini and Dutch naval architecture studio Vripack to add a touch of superyacht flair to its Targa and Squadron ranges of sportscruisers and flybridge yachts.