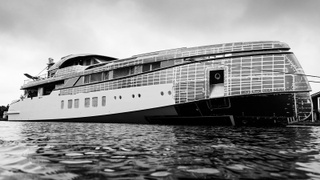 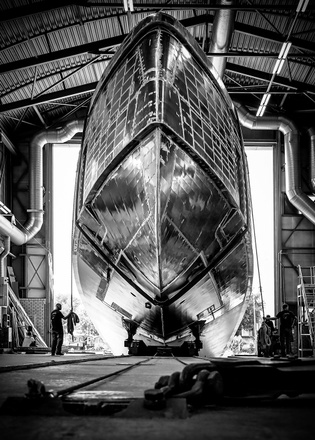 Feadship’s highly secretive in-build superyacht Project 706 has been glimpsed for the first time.

The 49.5 metre superyacht was photographed manoeuvring down the Dutch canals on its way to Feadship's outfitting yard in Aalsmeer.

The first glimpse of the secretive project comes just days after the 77.25 metre superyacht Syzygy 818 began sea trials on the North Sea.

Another secretive project, Syzygy 818 was built to a custom design created in collaboration with the owner by Jarkko Jämsén. The interior meanwhile has been penned by Sinot Exclusive Yacht Design.

Syzygy 818 also features a beam of 11 metres and is built from a steel hull and aluminium superstructure.