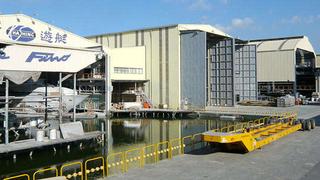 Kha Shing has reported that a fire broke out abroad one of its yachts on Thursday in Taiwan.

The fire occurred at approximately 8pm during the shipyard’s second shift in Kaohsiung City. Fortunately, no one was injured and no other boats were affected by the accident.

'Fire investigators are on the scene now at the yard and will issue their report in the near future. In the meantime, all other operations at Kha Shing will resume shortly,' said Howard Gung, President of Kha Shing.

Kha Shing said it would start building a replacement yacht for the American owner next week. The afflicted yacht is the client’s fourth custom build project with Kha Shing.

This is the first fire-related accident for Kha Shing in its 40-year history, according to the yard.

'All the yachts that are scheduled to appear in fall and winter boat shows around the world are still on track for completion and shipment, and we look forward to putting this unfortunate accident behind us in the weeks to come,' said Gung.

Mike Joyce, CEO of Hargrave Custom Yachts, has now given an update on the status of the yacht caught in the fire to Boat International.