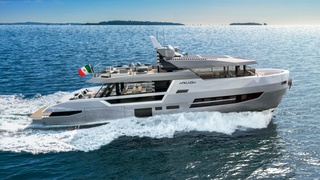 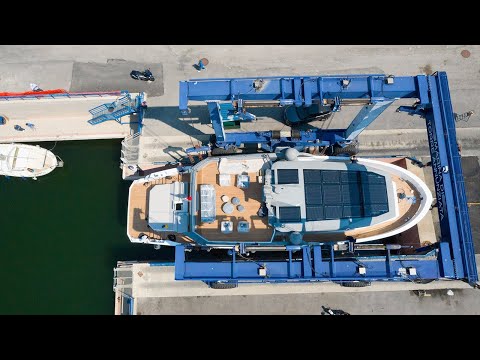 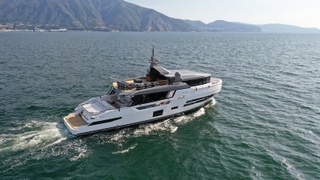 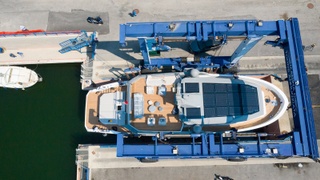 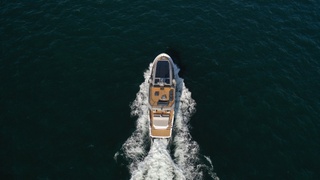 [Video] On Board the First Arcadia Sherpa XL

BOAT sat down with Arcadia Yachts marketing manager Francesco Ansalone in Cannes to discuss the first hull in the new range, which was presented at the international boat show last month to celebrate the 10th anniversary of the yard.

The milestone also marks 10 years since the first Arcadia A85 was introduced.

Designed inside and out by Milan design studio Hot Lab, the build of the Sherpa XL was started on-spec. The Sherpa range was first introduced with the original 16.8 metre Arcadia Sherpa shadow at Boot Düsseldorf in 2016 and the new Sherpa XL builds on this success.

The result is a more self-sufficient "pocket superyacht" with larger deck areas and spacious interior volume thanks to its roomy 6.9 metre beam. The yacht boasts 220 square metres of interior and exterior living space.

“Today, with ten years’ ‘experience’, we can proceed with the natural evolution of our philosophy, reaching an increasingly larger audience that has understood the idea and the people who make up Arcadia Yachts," he said.

The eco-friendly Sherpa XL yacht is equipped with Arcadia's trademark solar panels, which provide up to 2kW of clean electricity. This is sufficient to power nearly all the yacht's hotel load, except for the air conditioning. The yacht will also be fitted with low-consumption appliances and LED lights to further reduce its environmental impact.

The cockpit features narrow bulwarks to provide guests full views, and there is no tender launching or technical equipment to spoil the view as the tender is kept forward of the engine room and launched through a side hatch. There is also a sizable skylounge on the upper deck served by a bar and pantry facilities. Windows roll down here to fully connect guests with the outdoors.

The contemporary interior by Hot Lab can be had in a three- or four-cabin layout. In the former, the galley is set in the skylounge, while in the three-cabin the galley is on the lower deck.

The Sherpa XL is powered by twin Volvo Penta IPS 1,050 main engines, predicted to reach a top speed of about 22 knots with a long-range speed of 10 to 12 knots achieving a 1,500 nautical mile range at 10 knots. This makes the yacht autonomous, even for its smaller size. The semi-displacement hull has been designed to be 30 to 35 per cent more efficient than other yachts in its class.