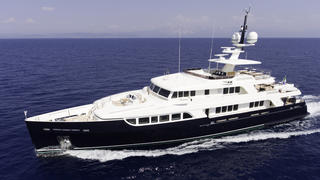 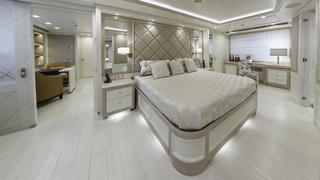 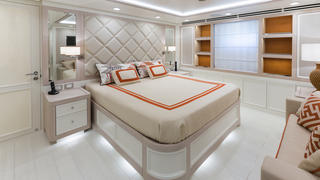 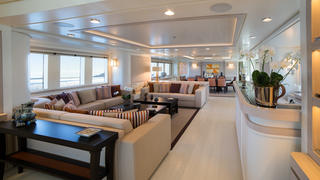 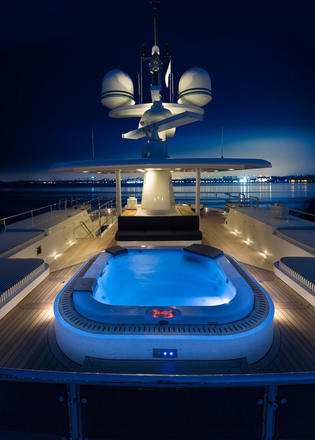 The 43 metre Codecasa Vintage series yacht F76 has been sold and named Gio Chi Thé. Launched last summer, she will be used privately by her new owner.

The build followed a “tried and tested project”, the yard explained, with interior designer Tommaso Spadolini working in co-operation with the in-house design team. The interiors feature light and natural tones including oak and natural stonework to create an understated yet classy effect.

The Codecasa 43 Vintage Full-Beam series is based on the successful Codecasa 42 metre Vintage Series motor yacht platform. The extra length has been used to expand the aft area, offering more comfortable working and service areas in the tender garage.

Gio Chi Thé has an large full-beam, main deck owner’s suite, which includes space for a superyacht office. This combines with two double cabins and two twin cabins with pullman berths to provide accommodation for a total of 12 guests.

A stand-out feature that differentiates the 43 Vintage Full-Beam from its predecessors is the larger windows that let more light into the interior, including the owner's cabin, main saloon and bridge deck saloon.

Exterior deck spaces include a seating area forward of the bridge, designed to provide privacy when the yacht is docked stern-to, and a generous sun deck, complete with a superyacht spa pool.

Other superyacht projects currently under development at the Italian yard include the second yacht in the Vintage 43 Full-Beam series, hull C122, which is due to launch next month with a silver hull and interiors by Studio Della Role.