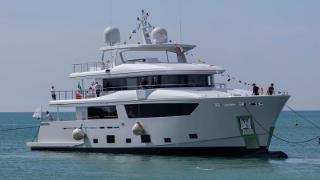 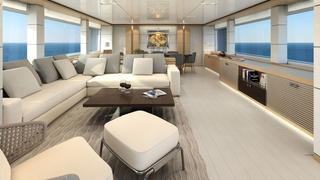 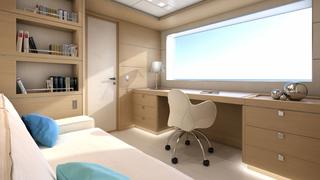 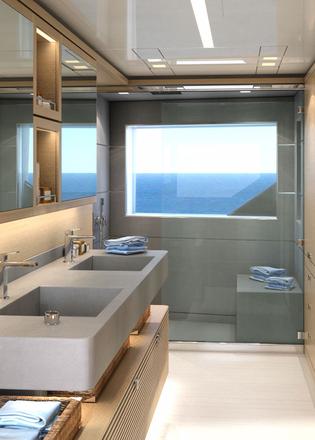 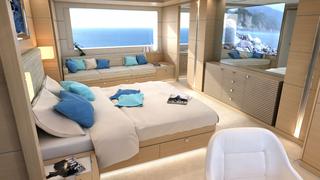 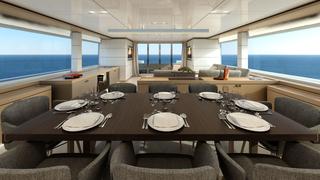 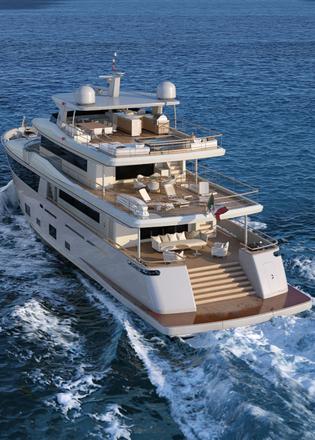 Lightness is the theme for Nauta Yachts-designed Narvalo, demonstrated in both the sense of brightness felt throughout and the overall “lack of weight” in CdM and Nauta’s largest explorer yacht collaboration.

This tri-deck displacement yacht was built from steel and aluminium, and chimes with the recent trend for explorer yachts.

Vasco Buonpensiere, sales director at Cantiere delle Marche, said: “We are responding to a very specific market demand with a product whose features are unmatched: an over-engineered, long-range three-deck displacement hull yacht featuring about 20% more volume than the competition.”

Custom features on Narvalo that were specified by the owner include an upper deck sky lounge, that is situated just aft of the wheelhouse. This area is described as an “observatory on the sea” with dimensions that are only marginally smaller than the main deck saloon.

Interiors are by Nauta, whose founder Mario Pedol added: “In designing superyachts we always follow our fundamental idea of lightness in both senses of this word: a more rational superstructure visual weight and a widespread sense of brightness."

Pedol has applied Nauta’s “light concept” to the Nauta Air 108, with a focus on the relationship between the interior and exterior yacht. The yacht has a semi-wide body shape, which allows the full-beam owner’s stateroom to spread out over 26 square metres and be lit up by large windows.

Inside the new Nauta Air 108

“The owners love the Italian design and furniture and nature-inspired complements,” Mario Pedol says. “Thus the interior decoration is light and fresh with sand shade colours and whitened oak veneer.”

The layout on board Narvalo includes four guest cabins, which are separated by a spacious lower deck lobby, while the crew cabins have access to provision storage areas below the lower deck, making it easy to stock up for long journeys at sea.

Both the main saloon and upper deck sky lounge are bright and open spaces, while outdoor spaces are equally welcoming. Other key features include a sun deck spa pool, and a tender garage capable of swallowing up a 5.5 metre tender.

More views of the Nauta Air 108