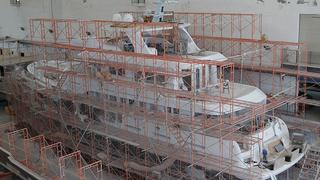 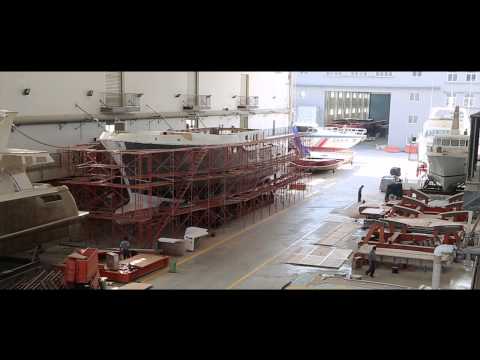 The first Nordhavn 96 has been delivered and christened _MacGuffin. _

The owner of 29.56 metre MacGuffin was looking to move up from one of the smaller Nordhavn models, and the Nordhavn 96 provided just the right opportunity to increase the usable space. He was also drawn to the separate crew area that provides space on board for his four permanent crew.

Based on the successful Nordhavn 86, the Nordhavn 96 incorporates a 10 foot cockpit extension allowing more space in various parts of the yacht depending on the layout.

With the Nordhavn 96, the yard is offering customers additional space without the extra cost of an entirely new hull. That's because they extended the moulds of the Nordhavn 86, rather than building an entirely new hull. “It is a fairly easy procedure to extend the moulds” explains Jeff Leishman, Nordhavn’s Chief of Design. This method has already been tried and tested on previous models.

Fears over the downsides of adding hull extensions are allayed by Leishman, who goes on to say, “these types of modifications have actually demonstrated to enhance performance.”

A full width owner’s suite and three guest staterooms provide accommodation for up to eight guests, with a separate crew area up forward in addition to the captain’s cabin. The design of the interior has been done very much to the owners tastes.

Twin MTU Series 60 engines give MacGuffin an impressive transatlantic range at 10 knots. The yacht also features 20 square foot stabilisers and bow and stern thrusters for easy manoeuvring. The foredeck is large enough to accommodate tenders up to six metres.