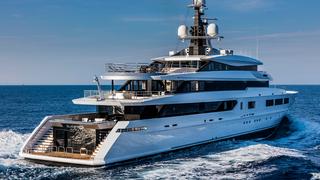 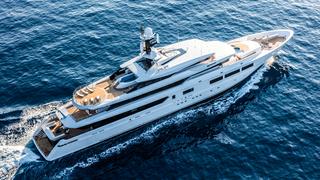 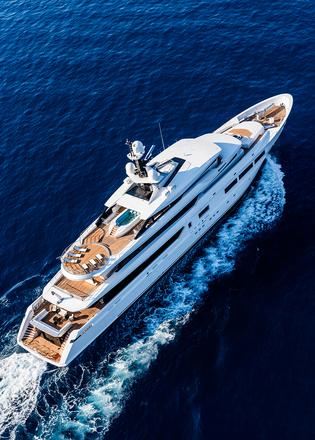 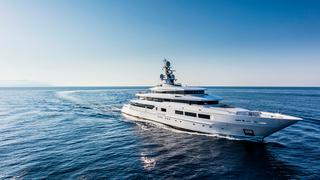 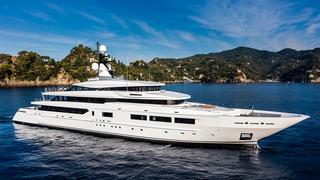 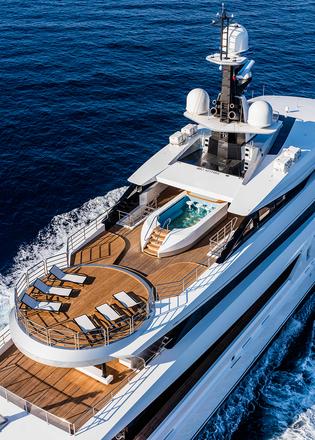 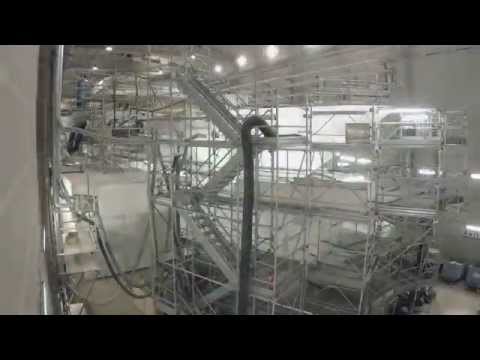 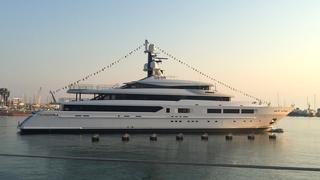 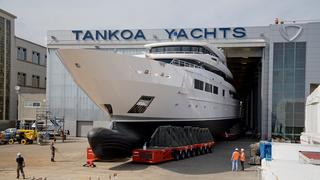 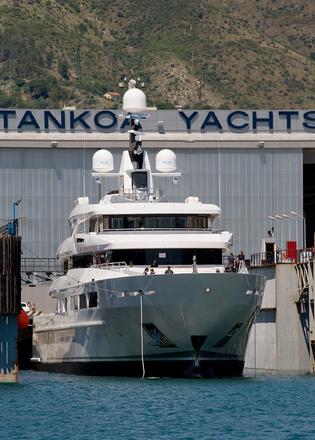 From July 1 to August 1, superyacht Suerte underwent sea trials and technical and stability tests to ready for delivery at the end of August. Suerte will then make her public debut at the Monaco Yacht Show in September.

Suerte’s contractual speed of 16.5 knots at half load was exceeded during her sea trials, Tankoa reports, as speeds in excess of 18 knots were reached. Suerte will obtain a range of 5,500 nautical miles at 12 knots.

Formerly know as project S693, the new Tankoa yacht Suerte was designed by Francesco Paszkowski, with interiors by Margherita Casprini. The yacht is described as eco-friendly – both of the engine exhaust stacks have carbon filters to limit emissions, qualifying her for RINA’s Green Plus certification.

The Tankoa Yachts S693 superyacht was sold last spring. The semi-custom yacht has been designed to suit her owner’s taste. The tender garage, for instance, was significantly changed from the standard layout so the owner’s son could have room to work on his competition jet skis.

The main saloon of superyacht Suerte is welcoming and features multiple wow factors including a 900 litre aquarium and an 80 inch TV, while a spectacular internal staircase entrance leads from the beach club to main saloon.

The beach club of the new launch Suerte boasts a hammam and sauna, which includes a chilled water system for showers with 3ºc water. The aft portion of the hull is made from stainless steel, designed to protect the beach club from corrosion. Notably, the beach club sauna has a glass wall that looks out onto the sea.

Set on the sun deck, Suerte's pool is a major focal point, featuring Bisazza mosaic tiling and a waterfall flowing from the superstructure overhang. There are also a series of glass panels in the bottom of the pool, which look through to the upper saloon below, so that, "when the pool is full of water, light will play in this area," said Tankoa build captain and sales manager Renzo Chelazzi, leading a tour around the newly launched yacht Suerte.

Meanwhile, the upper deck features an impressive gym, and an elevator leads from the gym to to a private sun deck area on the top forward deck.

Commenting on the yard's aim to build Northern European quality in Italy, Renzo Chelazzi said, "Even when the shipyard will be full of construction, we don't want to build more than six yachts a year – we want to give the same attention to all, without anyone losing out".

With a gross tonnage near 1,250 GT, Suerte offers comfortable accommodation, but beyond this, a priority has been placed on vibration and noise reduction in the yacht’s design. It has been equipped with the latest sound and vibration-insulation devices; for instance, the generators in the massively spacious engine room are equipped with pressurised exhaust mufflers, which mix exhaust gas with water to reduce noise while at anchor or in port.

The fore section of the superstructure is also constructed in high-tensile steel instead of aluminium in order to reduce vibration while underway.

Suerte began sea trials in late July, and delivery is timed for late August. She is slated to make her first public appearance at the Monaco Yacht Show this September.