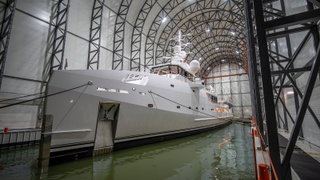 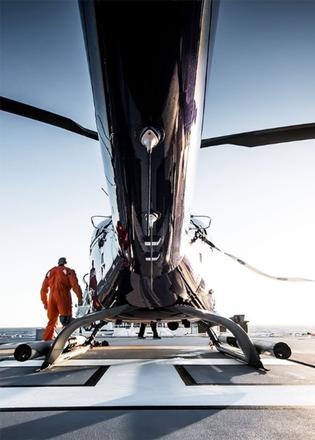 The 70 metre Damen expedition yacht Game Changer has arrived at Icon Yachts in the Netherlands to begin a refit.

Fresh from a world circumnavigation in 2019, the 69.15 metre yacht will now undergo warranty work and adaptions to prepare for “ambitious missions” planned for later this year.

Built on speculation and launched in February 2017, Game Changer is based on the same patented Damen Sea Axe hull as 6711 and Garcon, but with a 2.04 metre stern extension for a helicopter hangar. The yacht, which accommodates a total of 16 crew, was sold in 2018 when modification work was already planned.

Other key features on board include a large open deck for storing tenders, a deck crane and a comprehensive dive centre.