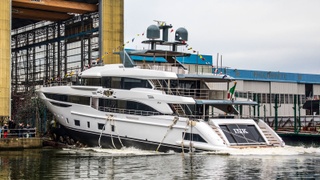 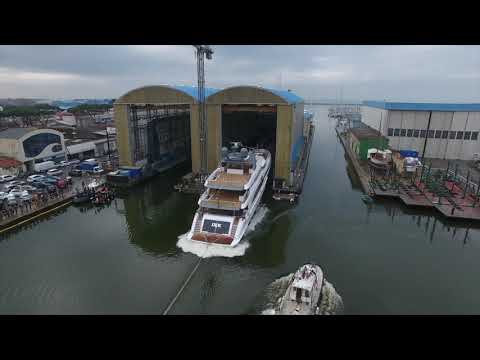 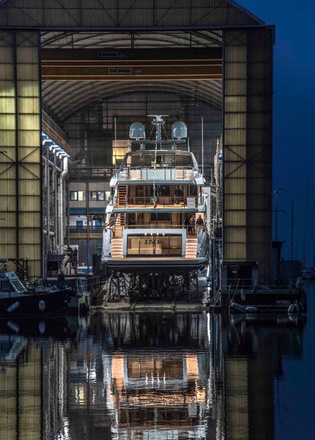 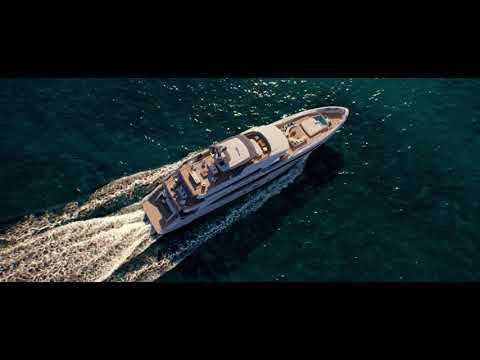 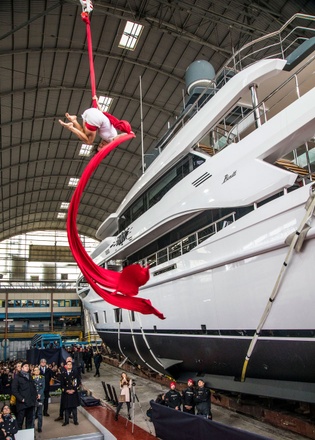 Video: Inside the Launch of Benetti's First Diamond 145 Ink

Italian yard Benetti has released a behind the scenes video showing the launch of its first Diamond 145 superyacht, which has been named Ink.

The 44 metre displacement yacht was launched at a ceremony held at Benetti's Viareggio shipyard.

It comes after the yacht was sold in February 2019. It is now Benetti's flagship fibreglass motor yacht.

Sporting exterior lines designed by Giorgio M Cassetta, Ink features extensive glazed surfaces that run the length of the yacht, while her interiors have been penned by Benetti's Interior Style Department.

A “refined and dynamic” superstructure is paired with “high hull sides” and large windows in the saloons, guest accommodation and owner’s cabin. Meanwhile the customised "cosmopolitan" interiors feature “curved lines”.

The main deck full-beam master cabin is equipped with a large wardrobe, a full beam bathroom and an office in the bow area, while the galley and services area sit amidships with a spacious saloon aft. The dining area has been moved to the upper deck, while on the lower deck, Ink can accommodate up to 10 guests in four cabins, with a separate area for crew.

Exterior designer Giorgio M. Cassetta said the yacht "springs from a project with a mission to improve life on board not only for owners and guests, but for all the crew too."

"The sheer size of the yacht has made it possible to adopt an impressively ergonomic approach that ensures a majestic stance, while embracing ultra-modern details combined with a style that reflects the concept of a timeless yacht”.

The Diamond 145 series was first unveiled at the Cannes Yachting Festival in 2018. The second hull was sold in November 2019.