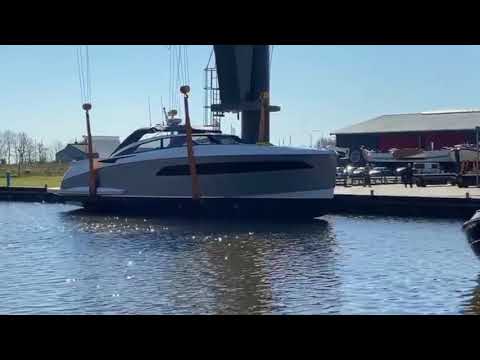 Powered by two Volvo Penta IPS950 engines, the Libertas 15 metre hit an estimated top speed of 40 knots during sea trials. Following the completion of tests, the yacht is due to be transported to the south of France and will be available for charter and sale.

Penned by Van Oossanen Naval Architects, the Libertas 15m features an aluminium hull specifically designed for high-speed boats. The yacht has a 500 nautical mile range at a cruising speed of 30 knots.

It comes after the builder revealed the Cor D Rover-penned interior design for its developing fleet of yachts, which range from 15 metres to 20 metres. The builder is also developing a 26 metre model called Ambrosca and has plans underway for a 23 metre model.

Last year, the builder delivered its first yacht, the 18 metre aluminium Inveni, to its owner.