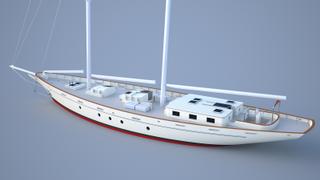 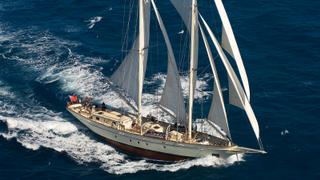 Thai shipyard Marsun is set to build a 34.14 metre classically-styled monohull schooner after receiving a repeat commission from the study abroad organisation Seamester.

Construction will begin later this year on Vela, as the steel-hulled yacht will be known when she is delivered in late 2019. Naval architect Langan Design explains that this will be the sister ship to Seamester’s existing yacht Argo, which was launched in 2006 and has since gone on to complete four circumnavigations.

As such, her vital statistics will include a 7.62 metre beam and a maximum draught of 3.08 metres. Accommodation on board is for up to 26 guests split across eight cabins, while the crew quarters allows for a staff of up to seven people.

Working in association with the University of South Florida, Seamester offers study abroad and gap year voyages ranging from 20 to 90 days on board both 34 metre Argo and the 26.8 metre Ocean Star.

“We thought this was the perfect time to diversify our offering and get another boat that can plough the world’s oceans," Mike Meighan, co-founder and executive director of Seamester, told Boat International.

"There are a few things that we’re going to change up with Vela, but 95% of things are going to remain the same as Argo. Langan Design did such a great job of taking our concept and turning it into reality, we don’t feel like there need to be a lot of changes.”

Auxiliary power will come from a single diesel engine for a top speed of 10.50 knots. When trimmed back to her cruising speed of nine knots, Vela will be capable of extended cruising under power, thanks to a total fuel capacity of 12,000 litres.