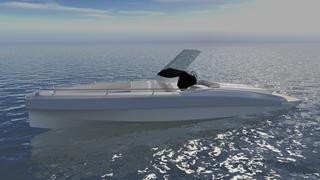 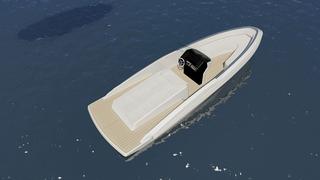 Meet the electric tender concept promising the performance of a diesel

New Zealand based tender company JP RIBS and designer Kit Carlier have joined forces to create an all-electric tender concept that they claim will have the performance of a diesel.

The jet-driven tender, which can be made in a 6.2 metre or 8.2 metre model, will reach maximum speeds of 35 knots with a one hour range or two hours range at 20 knots cruising speed.

With no need for petrol or diesel to run, she will produce no exhaust fumes or fuel residue when idling or driving and be virtually silent-running.

The concept, which is build-ready, is one JP RIBS director Jonathan Edgar believed there was a gap in the market to pursue.

“There’s other electric tenders out there, but their green credentials come at the price of severely curtailed performance,” said Edgar.

Frustrated by hybrid electric tenders currently on the market, designer Kit Carlier is keen to produce a tender that is environmentally friendly but maintains high performance levels.

“The tender we’ve designed is 100% electric - not a hybrid - and performs to a high level, making it a real candidate to replace diesel tenders onboard,” said Carlier.

“After taking a Tesla Model S for a drive, with its combination of epic performance under-taken in silence and luxury, with no emissions and low running costs. I began to questioned why we hadn’t seen something similar in the marine industry at this level,” added the bespoke designer.

The all-electric tender has prided itself on its truly green build process from the materials used in its construction, through to finishes, and propulsion.